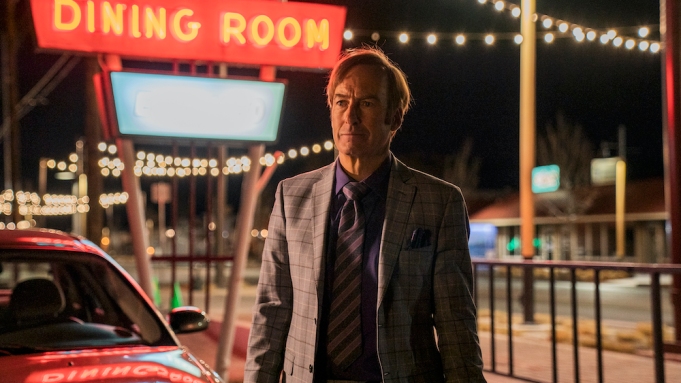 At this point, I don’t think there’s much debate about it anymore. Better Call Saul is better than the show it spun off of, Breaking Bad, itself one of the best TV series of all time. Vince Gilligan and Peter Gould basically took what they learned from making Breaking Bad and finely tuned and honed it into what has been five seasons of meticulously crafted television. The writers spend six months in the writers’ room before shooting even begins, and Gilligan, Gould, and the rest of the crew spare no detail. It shows. It also happens to help that, in Bob Odenkirk, Rhea Seehorn, Michael Mando, Jonathan Banks, and Giancarlo Esposito, the series has one of the best casts on television.

Breaking Bad didn’t become the hit that it became until the run-up to the final season when everyone found it on Netflix. There’s a month and eight days until the final season of Saul, so you all still have time. The degree of difficulty in this final season, meanwhile, will be next to impossible, because some of it will take place during the same timeline as Breaking Bad, which means meshing this story — with additional characters — into that of Breaking Bad.

I cannot wait to see how they pull it off.

The first half of the final season of Better Call Saul premieres on April 18th.


← Can a 'Woke' 'Quantum Leap' Reboot Even Work in 2022? | Stromae Gives Us The First Masterpiece Of the Pandemic With 'Multitude' →