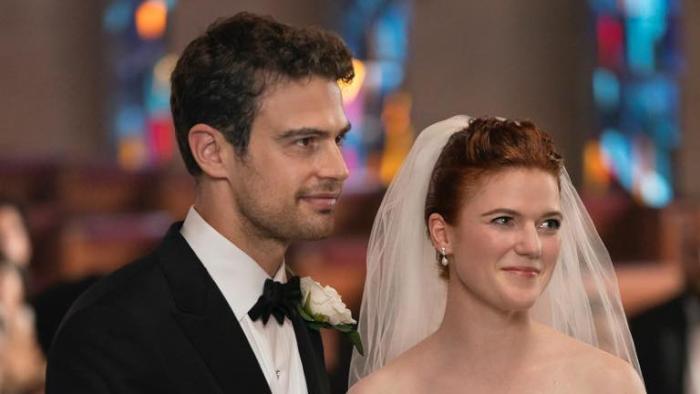 Ahead of last night’s season finale of HBO’s The Time Traveler’s Wife, there was no word about a second season. As the series had been described by showrunner Stephen Moffat as a “limited series,” it wasn’t clear if there were even plans for another season, though some of Audrey Niffenegger’s novel had not yet been explored. However, at least for readers of the source material, it became clear early on in the episode (or even after the penultimate episode) that Moffat would not be able to get to all of the events of the novel in the season finale, leaving open-ended several plot points that had been introduced earlier in the season.

There’s still no word on whether HBO will pick the series up for a second go-around, but Moffat has expanded the definition of “limited series” to a series that “can’t go on forever,” which might seem to include every television show. However, Moffat said that this one, in particular, will be “limited” to the events of Niffenegger’s novel, which means that at some point, he will run out of material. Will that take two seasons? Three? Ten? How far can one expand a “limited series” before over-stretching the limits of that term? Leave it to Moffat to inject some timey-wimeyness into what was thought to be our clear understanding of what that means.

What we do know from Moffat is that the series will not extend into Niffenegger’s sequel, which has not yet been released. However, its existence in and of itself is a spoiler (though a fairly obvious one) for the season finale’s mid-credits scene. Spoiler Warning, again. Recall that, as the episode ends, future Henry and Clare are on the verge of divorce because Henry has gotten a vasectomy. He didn’t want to try conceiving anymore because every time Clare got pregnant, the baby would time travel out of her uterus and die. Clare wanted to continue trying; Henry didn’t want to continue breaking Clare’s heart. In the mid-credits scene, Clare figures out a work-around: She’ll have sex with younger, pre-vasectomy Henry whenever he time-travels into her present. Niffenegger’s sequel is about Henry and Clare’s daughter, so we can surmise — even without reading the original novel — that pre-vasectomy Henry successfully helps future Clare conceive a baby that manages to survive all nine months in Clare’s uterus.

I still haven’t been able to completely wrap my brain around the time logic, but I think it’s sound so long as young Henry doesn’t actually know that Clare is using him to try and get pregnant. Old Henry is gonna so mad when he finds out.

Now about that scene, the one where Henry is caught going down on himself as a teenager? It’s reintroduced in this episode because it’s the moment when Henry’s father catches them in the act, which is when his father realizes 1) that Henry is not gay (not that he’d care) and 2) that he’s a time traveler. This will prove crucial for 28-year-old Henry ahead of his wedding because he seeks out the help of his father — who remains a broken alcoholic after the death of his wife — in calming himself down ahead of the wedding because the stress of the event is causing him to time-travel frequently. Henry and his father ultimately grow close again through this experience, although their renewed bond doesn’t stop Henry from time-traveling on the day of his wedding.

Fortunately, 36-year-old Henry time travels back into the past and marries Clare in 28-year-old Henry’s stead, while 28-year-old Henry spends time in the future watching a video of his wedding. This is where young Henry also learns that older Henry had a vasectomy and that older Henry and Clare are having troubles in their marriage. But it all works out beautifully, which older Henry knew because he had the benefit of watching the wedding video before the wedding, so he also knew that he would eventually take younger Henry’s place at the altar. Older Henry also gets to spend some more time with his father, who apparently dies sometime between the events of the wedding and Henry’s marital troubles.

Again, it’s confusing, but the time-travel logic works. It also makes for a sweet, lovely season finale, even if the episode does begin with Henry giving himself oral sex.