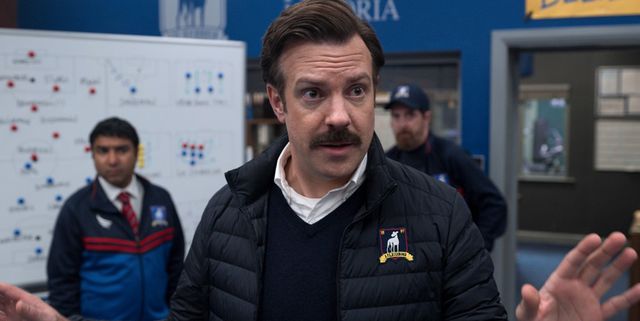 The trailer for season two of Ted Lasso is out, and it looks great. To be honest, however, you could play David Bowie and Queen’s “Under Pressure” over the trailer for Beverly Hills Chihuahua and I’d probably love it. I convinced myself that Studio 60 on the Sunset Strip was 64 percent better than it was because the pilot ended with “Under Pressure.” It just works. Every single time.

Granted, it works even better when attached to the trailer for Ted Lasso, where our title character faces a new challenge in season two: A relegated team that apparently goes on a long streak of tie games, perhaps because Dani Rojas can’t make a goddamn penalty kick. The frustration bubbles over for Ted, who at one point goes full Hulk Lasso.

What’s also interesting about the trailer is that Jamie does not figure into it, and Roy can be spotted for only the briefest of seconds kissing Keeley. Has he retired? Will Jamie return to AFC Richmond? Or will the team have to rely on Dani Rojas to save them? We will find out when Ted Lasso returns on July 23rd.

Bill Lawrence is on the record, by the way, stating that they have a three-season plan for Ted Lasso and that he doesn’t want to take it any further. I love that. But also, damn.