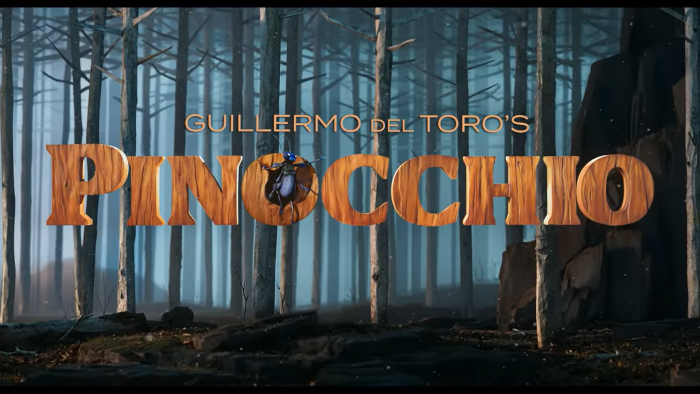 There was a time when we were supposed to see a Hobbit film written and directed by Guillermo del toro. However, that did not come to pass. An adaptation of Mary Shelley’s Frankenstein was once on the director’s to-do list. Unfortunately, it was never brought to life. At one point del Toro was pitching an adaptation of H.P. Lovecraft’s At The Mountains of Madness, and even James Cameron couldn’t help get studios to join the expedition! Many dream projects for Guillermo del Toro have come and gone without as much a production still. But now, one has managed to escape the belly of the proverbial whale!

Today, Netflix released a teaser for Pinocchio, co-written and co-directed by del Toro! The Pan’s Labyrinth director first talked about doing an adaptation of Pinocchio in 2008. He has called it a “passion project” which really says something, as everything he does feels like a passion project. Even Blade 2 has moments where you can tell how much del Toro is enjoying himself. He espouses love and appreciation of filmmaking with everything that he touches.

The teaser for the film, while only 30 seconds long, gives a pretty good idea of what to expect from the stop-motion animated feature. We get our first taste of Ewan McGregor as Sebastian J. Cricket, and he is just one member of a star-studded cast. The animation has the strange, haunting aesthetic we’ve come to expect from del Toro’s films, whilst also feeling beautiful and unique. My jaw practically dropped to the ground when it started and stayed there until the very end.

With how long it took Guillermo del Toro to get this film made, maybe there is hope for some of his other lost projects. Honestly, I would watch any of the movies I mentioned before if they were done in this style. Easier said than done, I know, but dammit I can hope! Just imagine a giant, albino penguin, chasing weary travelers through an Antarctic cave… in stop-motion! I’m getting the chills just thinking about it!


← 'Fraggle Rock: Back to the Rock' Is a Perfect Reboot | 5 Shows After Dark: 'The Gilded Age' Premiere HBO, 'Snowpiercer' Third Season Premiere TNT →