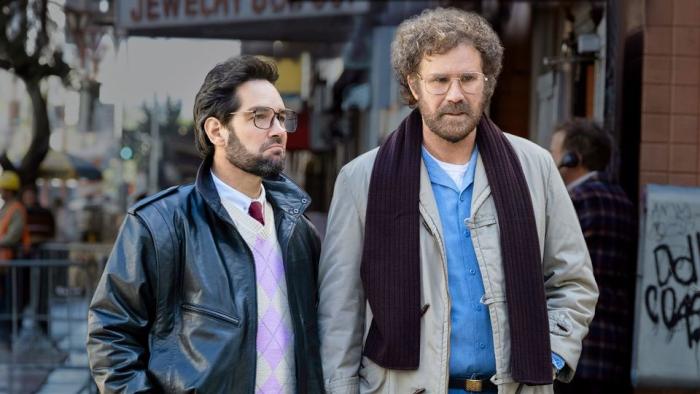 'The Shrink Next Door' Isn't Very Good, Is It?

The Shrink Next Door follows the real-life story of therapist Dr. Isaac “Ike” Herschkopf and his patient, Marty Markowitz, and though I haven’t listened to the podcast upon which it is based, I can see why it might be appealing for true-crime junkies. As a television show, however, not even Paul Rudd and Will Ferrell can give it life. Moreover, anyone tuning in without knowledge of the underlying real-life case or the podcast may struggle to find the point or even understand exactly what kind of show The Shrink Next Door really is. Is Herschkopf a scam artist? Is he pulling a long-con on Marty? Is there a grift? Will there be a murder? Will Marty end up penniless living on the street? Will Herschkopf end up in prison? Is it a comedy? A drama? A thriller?

Yes …? It’s a comedy that’s not very funny, a drama with low stakes and no tension, and a psychological thriller with very little by way of thrills. It’s also true crime, although the crime itself is the type that results in suspended licenses instead of jail time. The show is also very much a victim of expectations: You don’t hire Will Ferrell and Paul Rudd (plus Kathryn Hahn and Casey Wilson) for a subdued slow-moving series about a … wealthy man being taken advantage of by his therapist over the course of decades. On the one hand, the presence of Ferrell and Rudd is the only reason I’m still watching the series six episodes into its 8-episode run. On the other hand, I’m six episodes into this goddamn show and I’m still waiting for something interesting to happen!

The series begins in 1981 soon after the passing of Marty Markowitz’s (Ferrell) parents, and he inherits their million-dollar fabric business. He’s a sort of aimless pushover whose employees like him but don’t necessarily respect him, and while he has a close relationship with his sister (Hahn), she pushes him around some, too, in a loving sister kind of way.

To help deal with his grief and find a sense of direction for his life, Marty seeks out a therapist, Dr. Herschkopf (Rudd), and within two or three sessions, Marty and Ike are fast friends. Ike is helping him find some backbone at work, and encouraging him to ask out a woman. When Ike finds out that Marty is loaded, however, Ike takes an even bigger interest in Marty, working his way into every aspect of his life.

Over the course of 30 years, Ike — who likes to boast that he has famous clients like Gwyneth Paltrow — increasingly takes advantage of Marty’s kind and giving nature under the guise of helping Marty. Ike systematically isolates Marty from his family, chases away potential romantic interests, installs himself into Marty’s company, and even starts a charity organization with Marty that Marty funds (and Ike uses to promote his own philanthropy). Before long, Ike has made Marty a background character in his own life. Ike and his wife and kids move into Marty’s second home in the Hamptons, pushes Marty into the guest house, and throws frequent parties for his clients, allowing them to live under the assumption that the house is Ike’s and that Marty is a groundskeeper in his own home.

Ike gaslights Marty for 30 years, but we know that Ike is eventually going to push Marty too far because the series is bookended by a destructive tantrum that Marty throws outside his Hampton’s house in 2010. For the viewers, however, it leaves us biding our time, waiting for the moment when Marty finally snaps. It gives us a reason to continue watching, but it also saps out much of the tension. We know he’s eventually gonna blow up, but we also know we have to wait out the 80s, 90s, and 00s before it happens. The only real question is which line will Ike cross before Marty finally loses it?

Mind you, there’s nothing wrong with the performances. Rudd and Ferrell are excellent, and the story itself is compelling. It’s just that the story doesn’t work particularly well in a television format. It never gains any momentum, and despite the presence of Ferrell and Rudd, it all feels sadly underwhelming.