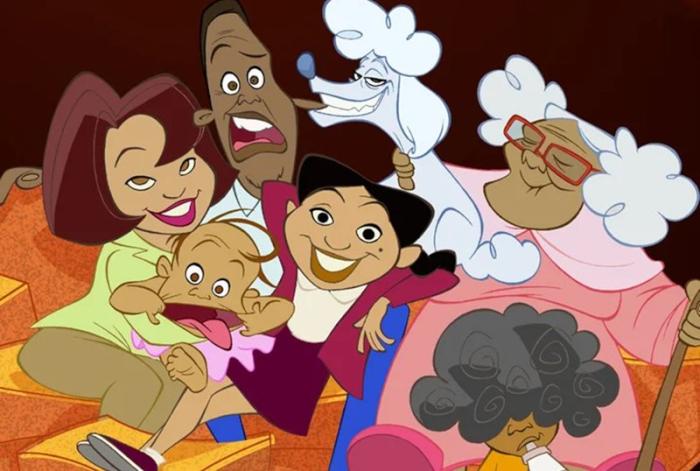 The land of TV reboots and revivals is growing more powerful by the day because studios simply keep adding more and more shows. It. Never. Stops. However, not all of them are unwelcome. The Proud Family, one of the Disney Channel’s best animated family series, is getting a revival called The Proud Family: Louder and Prouder. The entire original voice cast is set to return as well, with the series headed to Disney+.

According to THR, the revival has been in the works since last August, though Disney+ has not set a premiere date for the series just yet. The original animated show aired for three seasons from 2001-2003 on the Disney Channel and followed Penny Proud (Kyla Pratt) and the rest of her family — father Oscar (Tommy Davidson), mother Trudy (Paula Jai Parker), and Penny’s grandmother Suga Mama (Jo Marie Payton) — as well as her fun-loving friends. The beloved theme song was sung by Solange Knowles and Destiny’s Child. It was old school in the best way possible.

Creator Bruce W. Smith will be back for the revival and will executive produce alongside Ralph Farquhar, both of whom served as showrunners of the original series. While the show has been off the air since 2005, having culminated with a TV movie, aptly titled The Proud Family Movie, the revival might be exactly what Disney+ needs.

The studio has invested a lot of money in bringing back Disney Channel favorite series, but with Lizzie McGuire already having issues and the streaming service currently lacking in new content, The Proud Family: Louder and Prouder might be the inclusive and nostalgic property that will finally land.