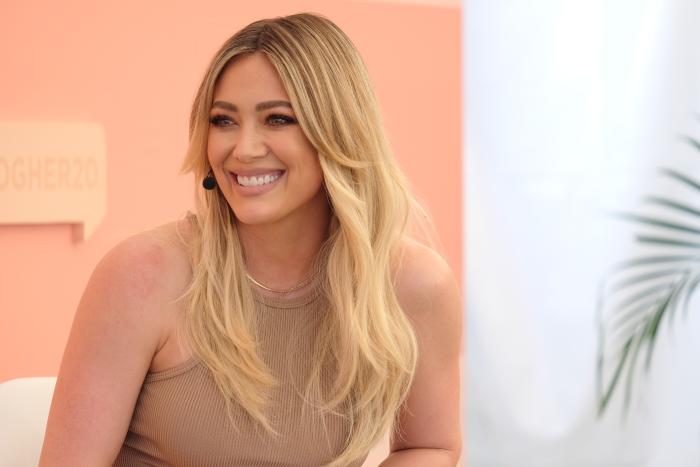 Is Hilary Duff Hinting At the Real Reason Why the 'Lizzie McGuire' Creator Left the Reboot?

It’s been quiet on the Lizzie McGuire reboot front for a while now. To recap, the show’s original creator, Terri Minsky, parted ways with the project over creative differences. This was after two episodes had already been filmed. Disney has yet to announce a new showrunner for the series to replace Minsky and a recent comment from Hilary Duff may hint that the reasons behind Minsky’s exit is in line with what recently happened with the Love, Simon TV spinoff, which was booted from Disney+ to Hulu for its “adult themes” and renamed Love, Victor.

Let’s get this out of the way first: Disney can’t handle gay characters. Gay characters who are the series leads??? Big nope. This is the company that still wants a pat on the back for including gay characters in their movies and shows (note: these characters usually play very minor, blink and you’ll miss it roles). So, moving the Love, Simon spinoff from Disney+ to Hulu was unfortunate (and homophobic), but sadly tracks with the studio’s reluctance to showcase gay characters in major roles.

So, how does this relate to Lizzie McGuire? Well, when the Love, Simon news broke, Duff posted a mysterious message to her Instagram story. She had the article title denoting that Disney+ had pulled the aforementioned spinoff for not being “family-friendly” circled in red, with the words “Sounds familiar…” right above it. Hmmm.

While Deadline has confirmed that nothing has changed regarding the Lizzie McGuire reboot, Duff’s message seems to indicate that something shady is amiss. Did the reboot also include “adult themes”? Did it have a gay character in a leading role? Was the series set to explore Lizzie’s sexuality? Maybe.

After all, when the original creator leaves because her vision is basically not what Disney had in mind, then yeah, my mind flies to the worst case scenario. Duff’s message is enough to fuel the fire until we have more information. Whatever the case, Duff is clearly salty about it.

← 5 Shows After Dark: 'SEAL Team' Third Season Premiere CBS, 'Riverdale' on The CW | The First Trailer for the Animated 'Rumble' is Cute, but Unremarkable →