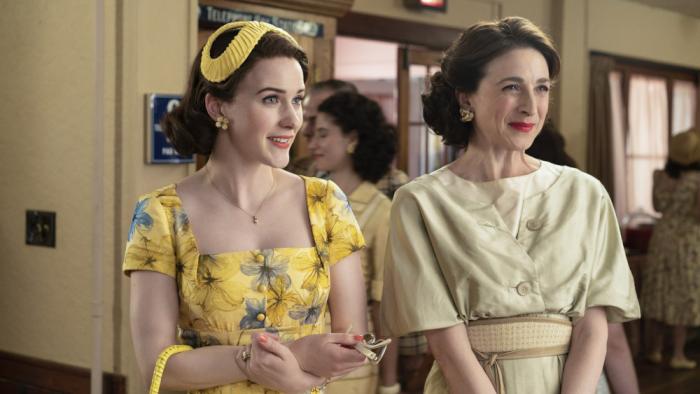 'The Marvelous Mrs. Maisel' Gets a Season 4, Bring on More Fabulous Hats

If you’ve ever seen The Marvelous Mrs. Maisel on Amazon, then you know how charming it can be. Co-created by Gilmore Girls producers Amy Sherman-Palladino and Daniel Palladino, The Marvelous Mrs. Maisel is being renewed for a fourth season at Amazon. The news comes on the heels of its two Golden Globe nominations for Best Television Series, Musical or Comedy and a Best Actress nod to series star Rachel Brosnahan.

Amy Sherman-Palladino and Daniel Palladino had this to say in a statement (via Deadline) about the Season 4 renewal:

“We were thrilled to hear that for the fourth time, we do not have to pack up and vacate the premises. We’d like to thank Amazon for all their faith and support, their partnership and enthusiasm, and for letting us hang with our favorite people, the cast and crew of Maisel, for a little while longer.”

Season 3 premiered on Amazon December 6 and included newcomer to the show and This is Us star Sterling K. Brown. The renewal news isn’t surprising so much as it is a bit exhausting. The series, which employs the same fast-talking dialogue that Gilmore Girls is famous for, has been met with a lot of critical acclaim, though the rose-colored glasses are starting to come off.

As enjoyable as the show is, it’s… well, it’s not really going anywhere, rarely introducing any meaty conflicts that develop the titular character (who is always marvelous, by the way). But, if you’re thrilled for another season of sunny dispositions, glamorous costumes, and dazzling hats (!!), then The Marvelous Mrs. Maisel’s renewal is just what the doctor ordered.

The Marvelous Mrs. Maisel is currently available to stream on Amazon Video.