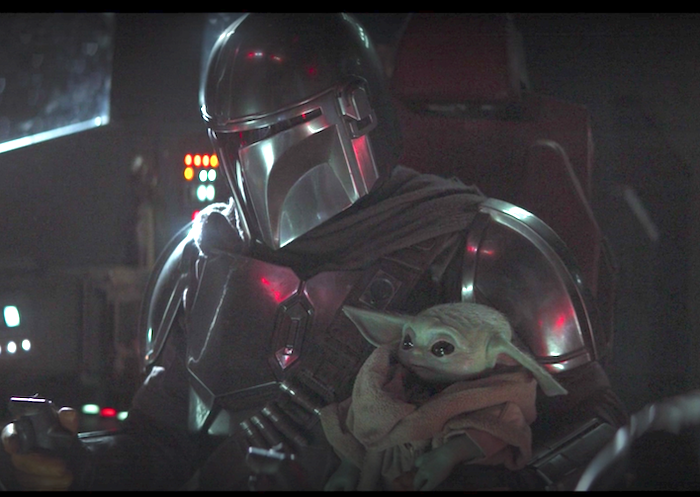 ‘The Mandalorian’ is Just ‘Renegade’ in Space (Baby Yoda is the Duster, Obviously)

Ever since The Mandalorian premiered on Disney+ last month, I’ve been waiting for someone to point out the obvious, yet here we are, almost to episode 5, and no one has stated what has been staring us in the face, all along …

So I’m here to have you peek behind the curtain of the entire behemoth Star Wars franchise because the emperor has no clothes—specifically, a cool black leather duster that he wears while he fights crimes, while on the wrong side of the law because we’ve been here before, although it was called something different, then…

Yes, friends, I j’accuse The Mandalorian of being a Renegade rip off in space.

Let’s look at the facts, shall we? A drifter bounty hunter on the run, unable to stay in one place for too long, who lives his life by a mysterious code, with guest stars popping in occasionally to move the plot along. Not to mention a whole cabal of bad guys out to get him—ostensibly led by the leader behind his old job.

I ask you now—what show did I just describe?!

“But, but, but Kate” you’ll stammer—”The Mandalorian has baby Yoda and I would die for Baby Yoda. The creature is just so cute and goes with the Mandalorian everywhere.”

Yeah, well, guess what? Reno Raines has his own baby Yoda, and it was that sweet, sweet leather duster. It was pretty cool (and cute, if you squinted at it just right) back in the day, too. Also—the leather duster (and the show that had it) came first.

That leather duster was the baby Yoda of its time if you were in the know for syndicated shows that ran before primetime, on the weekends, like I was. You can see it in action in the opening credits, which I have watched on YouTube far too much.

The point being that The Mandalorian owes a great debt to Renegade, which came before it—it’s only good because it is standing on the shoulder of giants. Specifically, Lorenzo Lamas’ shoulders in that sweet leather duster he wore when he was on his motorcycle, traveling the country, solving problems and evading the people after him. We need to give this show the respect it deserves, and Disney+ needs to acknowledge the source material it’s pulling from. Those are my demands—you all have until the end of time to meet them. You’ll know where to find me.