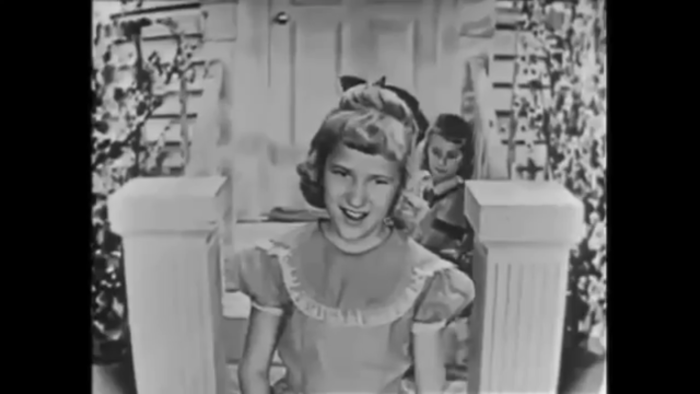 The Greatest Christmas Song Ever Is About A Hippo. Fight Me.

I remember my first time. It was with my wife and it was magical. We were in our car, just last year, about two years into our marriage. The air was cold and the windows were fogged. It was then that I heard I Want A Hippopotamus For Christmas (Hippo Hero) by Gayla Peevey. My life hasn’t been the same since.

Most of my life has been spent searching for the perfect Christmas song, I just didn’t know it at the time. In my younger years I would settle for the songs sung in the Pee-Wee’s Playhouse Christmas Special. Jingle Bell Rock as sung by KD Lang still gets me in the spirit. The latter half of my life has been spent, quite happily, queuing up Michael Buble’s Christmas album as early as Thanksgiving day. Last year, that all changed.

Before I go any further, it’s important that you listen to the song in question. If you’re familiar with it, you’re welcome. If this is your first time, STRAP IN.

How wonderfully weird is that song?!? Let’s start with the most inherently interesting part of the song: the girl wants a Hippo! For Christmas! Forget your footballs or Red Ryder BB Guns, gurl wants hippopotamus. It makes sense to me. Honestly, kids aim too low when it comes to Santa Claus. The dude is magic! Go for broke! And as she says in the song, she’s making it easy for him. “Just bring it through the front door that’s the easy thing to do!”

Gayla Peevey, who sang the song when she was ten years old, is positively delightful. Not only does she sound great but she’s a ham in the best sense of the word. She’s mugging for the camera, marching around like a hippo, she even revealed in a recent interview that saying hippopotamuses and rhinoceroses was all her idea. I am not joking when I say that I’m truly impressed with what this little girl could do.

There’s something about this song that just puts me in the Christmas spirit better than any other. I’m legitimately disappointed that I only heard it for the first time last year. Since then I’ve just been making up for lost time. It’s catchy, it’s campy, it’s so much frigging fun. ALL OTHER CHRISTMAS SONGS PALE IN COMPARISON.

That being said, I am up for a healthy debate. What’s your favorite Christmas song and why is it I Want A Hippopotamus For Christmas (Hippo Hero)?