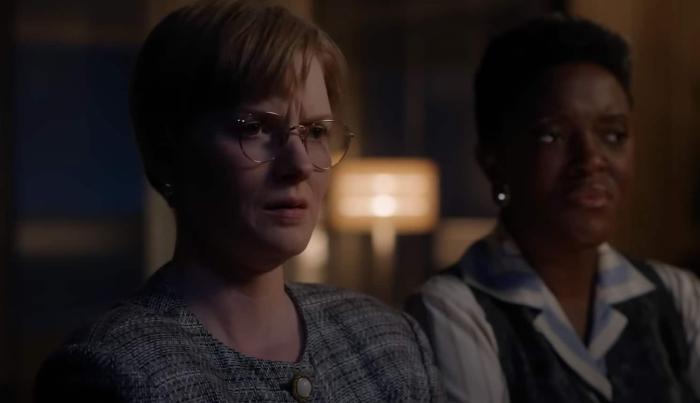 The Glaring Flaw in 'For All Mankind'

For All Mankind has covered roughly 30 years of alternative American history over the course of its three seasons, in which the Soviets beat the Americans to the moon, the Americans double-down on their space program, and the world kicks off the ’90s with a race to Mars. And, of course, there are acknowledgments that these differences have ripple effects on other areas of the culture. John Lennon is still alive, Bill Clinton does not become President in 1992, and the USSR is still in existence. However, the show seems to try to parallel our reality in a way that does not always feel accurate to the world of the show.

(Minor spoilers through Episode 4 of Season 3 of For All Mankind.)

On the Helios mission, we see a character quote Aliens and mimick the chestburster scene from Alien. Meanwhile, on the NASA mission to Mars, Kelly Baldwin is running a pirate radio station playing “Possum Kingdom” by The Toadies. Now, perhaps the music world would have progressed in a similar way despite one of the most important people in rock living past 1980, but I find it very hard to believe that science fiction would have been the same. We’re talking about a world where the space programs of the world didn’t pull back in 1972 but had multiple moon bases that were fully staffed.

Not only is space exploration more advanced in the world of For All Mankind, but it’s also already significantly more deadly. We’ve seen people die preparing a rocket for launch, in training exercises, in space during a rescue mission, and on the moon due to both open hostilities and unexpected disasters. The first episode of the third season showed that an entire wedding party was nearly spun to death in the world’s first space hotel, and at least three people died trying to avert further disaster. The space hotel was shut down but the vessel those people died in/on is now in service as the Helios ship. These disasters seem to indicate an acceptance that space travel, like the early exploration of our planet, is inherently dangerous and the danger is in some ways unremarkable. Some people will die in space. It’s sad, but you can’t let that get in the way of progress.

The science fiction of that world would likely be less focused on gruesome space deaths, as they would be less remarkable, but just use space as a setting for more mundane stories. The sappy Tracey/Gordo movie starring Dennis Quaid and Meg Ryan sounds exactly right. Or maybe we turn to a different unknown as a metaphor for all our existential fears. Perhaps the world of For All Mankind has a genre of film exclusively about humans attempting to live underwater and all the dangers to be found there in an environment that is inherently hostile to our lives.

← 'Clerks III' Trailer: As Endearing As It Is Insufferable, Or As Insufferable As It Is Endearing | Kevin Hart's 'The Man from Toronto' Is a Profoundly Soulless, Humorless Netflix Hack Job →