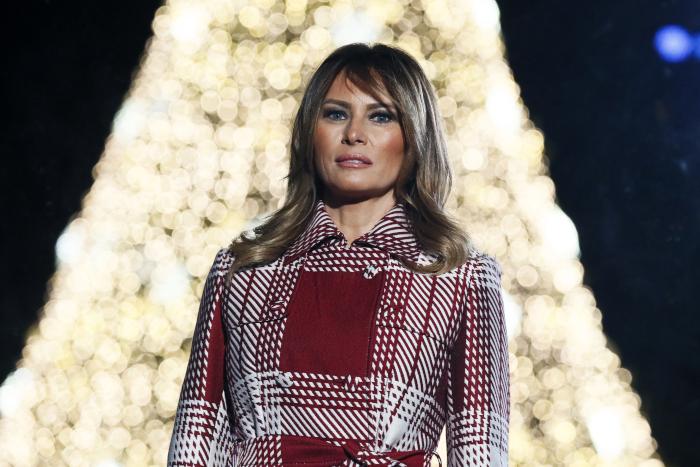 Remember when, 400 years ago, President Donald Trump’s taxes were revealed by the New York Times and they were, for lack of a better term, super shady? What’s that you say? That was barely over a week ago? Well damn. I guess that’s just the side effect of a rampant and rabid news cycle. Stories get buried. Like, for instance, a recording of Melania Trump saying “who gives a f*** about Christmas stuff” being revealed.

Luckily, The Daily Show correspondent, Jaboukie Young-White, is here to remind everyone. In a hilarious segment that starts with Trevor Noah discussing Donald Trump’s COVID diagnosis, Jaboukie quickly steers the conversation back to the frustrated First Lady. “I’m pissed because he is overshadowing the most important news story right now: Melania Trump hates Christmas,” White said, while stifling a laugh.

It’s tough. While watching this segment with my wife, we both agreed that the idea of the First Lady being in charge of the Christmas decorations is a bit antiquated. However, Jaboukie brings up the excellent point that can’t be said enough, “Like, could you imagine if Michelle Obama was caught saying that she hates Christmas? The FOX News building would have exploded with semen.”

It’s true! This is not the first time where, during a Trump presidency full of… faux pas, that we bring up how the Obamas were criticized for everything from the clothes they wore to the way they greeted each other. However, this is an example that should, in theory, make the right FURIOUS. Yet, it was buried. The hypocrisy on display, while not shocking, is disgusting. Thankfully we have Jaboukie to remind everyone … and have the quote as his new ring tone.

← Now THIS is How You Film a Vocal Performance | Review: 'Welcome To The Blumhouse: Black Box' Will Remind You To Rewatch 'Get Out' →