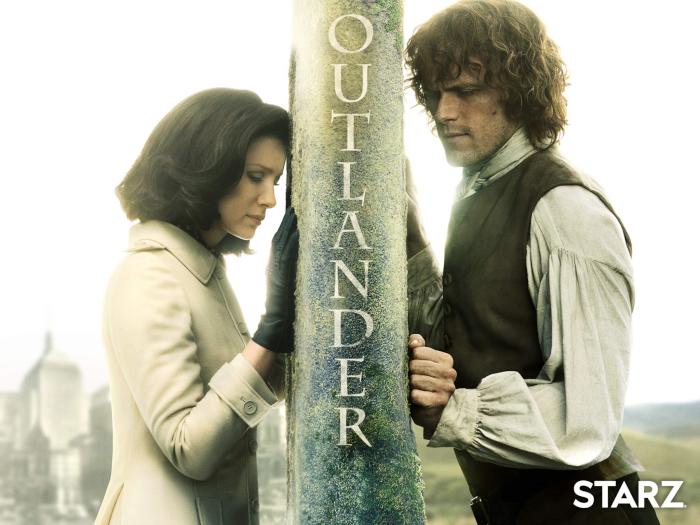 The Best and Worst of 'Outlander' Season 3, Now On Netflix

Season 3 of Outlander is finally out on Netflix. And while nothing compares to the original high of the first season/book, Season 3 (based on the third book in the series, Voyager) is very much the hungrily awaited resolution of the Claire/Jamie separation at the end of Season 2. So break out your vibrators Sassenach whisky and MacKenzie tartan and start watching.

Our favorite (and not so favorite) bits of the season follow. If you haven’t already read the books and don’t want to be spoiled on plot points, maybe bookmark the article for later.

In Which: Jamie’s at the Battle of Culloden while Claire struggles to join life again in the future with Frank in Boston.

Best bits: All the gorgeous silence as Jamie lies almost dying on the field at Culloden. The lighting during his fight with Black Jack. His hallucination of Claire coming to him in the snowy night. Rupert’s joke before his heartbreaking execution. Claire and Frank’s Boston apartment. Claire and Frank when Brianna is born.

In which: Dunbonnet caveman Jamie hides from the English. Claire attempts to get her groove back. Fergus gets de-hand-i-tated.

Best Bits: How Jamie is just so sad and haunted without Claire, I don’t even mind the caveman look. The frisson between Claire and Frank when he rushes out of the shower and holds the baby. The way Jamie looks at Claire in her fantasy/memory of him. Adorable Romann Berrux as Fergus. The perfect costuming (I swear my grandmother had Claire’s exact nightgown).

Worst Bits: Claire’s 1950s med school hair. Knowing that they skipped the bit where Jamie tells the boys God made women’s pubes in an arrow to point you the right way in case you don’t know what you’re doing.

In Which: Jamie (AKA Mac Dubh) goes to Ardsmuir Prison, Frank and Claire go full Who’s Afraid of Virginia Woolf?, and Lord John William Grey gets all growed up.

Worst Bits: Seeing Claire and Frank devolve into such bilious acrimony because the stress of life + their weird circumstance is too much for even the nicest of people (i.e., Frank) to bear.* (*It’s acted well, it’s just sad). Knowing it’s last call on Sam Heughan’s natural longer hair — it’s mostly wig city from now on.

In Which: Helwater Jamie (AKA Alexander MacKenzie) makes peace with a tenable life as a stable groom who can send money back to his family. Widow Claire and Bree hunt down information on Jamie thanks to historian Roger Wakefield.

Best Bits: Hannah James as Geneva Dunsany and Tanya Reynolds as Isobel Dunsany. How mad and sad and disgusted you can see Jamie is when he has to sleep with Geneva because he feels her for her predicament, resents her for demanding it, hates his flesh being weak, and just misses Claire. Jamie’s being so mad at little Willie being such an asshole that he says, “And I’m not very fond of you either just now, you wee bastard,” because it makes me feel less horrible for getting annoyed with my own kids. David Berry’s fantastic look of incredulity as Lord John Grey when Jamie offers himself to him in exchange for looking after Willie. The f*cking heartbreak of Jamie having to leave Willie while Willie runs after him with Walk Off The Earth’s gorgeous cover of A Hard Rain’s A-Gonna Fall under it.

Worst Bits: Those bangs on Jamie’s goddamn wig. Realizing I’m going to talk a lot about wigs and hair this whole time.

In Which: Claire finds Jamie in the past and decides to go.

Worst Bits: That you have to wait a whole ‘nother episode for their actual reunion after Jamie faints.

In Which: Claire and Jamie are finally reunited and probably some other stuff but let’s be honest who cares?

Best Bits: Their first kiss with Bear McCreary’s perfect score under it. “We have not done this in a very long time.” Jamie’s confession about how much he missed her. Geordie’s horror when he walks in on them. Jamie’s adorable reading glasses. His need to know if she’s just there to bang it out or if she wants him again for real. Everything.

Worst Bits: Claire’s wig when she unclips it as they’re about to get busy. Yes, I have issues with the wigs. I yearn for the days of Sam Heughan and Caitriona Balfe destroying their own hair for this job, sue me.

In Which: A load of plotty bits about Jamie’s smuggling/Claire getting in trouble/the print shop fire necessary to get them out of Edinburgh and back to Lallybroch, i.e., nothing I care that much about.

Best Bits: Adorable Wee Ian and Fergus conspiring for Ian to lose his virginity. Besotted Ian with his (one night) lady love.

Worst Bits: That it’s so table-setting heavy, the episode is all about plot points and a little dull on the emotions spectrum.

In Which: Claire and Jamie go back to Lallybroch and we find out Jamie is married to Laoghaire.

Best Bits: Claire and Jamie’s epic fight when she finds out about Laoghaire. “But having seen you again, I would do far worse than lie to keep you.” Adorable Joanie. Laoghaire’s shitty aging makeup* (*she’s aged shittily; the makeup is good). That Jamie wanted more than anything to try to be a husband and a father. Dr. Claire and the magic penicillin. “Would you please explain how jabbing needles in my arse is going to help my arm?”

Worst Bits: “Will you risk the man I am for the sake of the one you once knew?” being taken from its book position during their reunion and cludged into some self-doubting Claire storyline. Wet blanket Jenny — why you gotta ruin some perfectly good makeup action like that?

In Which: Claire and Jamie take to the seas to rescue kidnapped Ian.

Best Bits: Firebrand Marsali. “You left my mother for this English WHUUUURE.” Yi Tien Cho convincing Jamie to do acupuncture for seasickness by saying too much vomiting will twist his testicles. Claire’s African Queen vibe. The little spark between Jamie and Claire when the wave motion throws them together in the hallway.

In Which: Claire is held hostage on another ship to deal with a typhoid fever outbreak. Jailed mutinous Jamie.

Best Bits: Sweeet wonderful Mister Pound. Annejke the goat lady helping Claire because women helping each other — especially in the face of misogyny and patriarchal bullshit — is everything.

Worst Bits: Misogyny and patriarchal bullshit. That my hair/head shape is not suited to Claire’s headband thing.

In Which: Claire washes up on Hispaniola and then winds up in her own private pseudo-1700s Misery situation with a weirdo who talks to coconuts. Fergus and Marsali get married.

Worst Bits: I get they wanted to do a From Here to Eternity thing, but don’t you think Claire would have had enough time to be at the right spot where Jamie’s dinghy pulled into the beach (given that it had to row from the ship) instead of having to run like desperate hell to him? Also, the time cut from him seeing her from the ship to running on the beach is weird.

In Which: We find out what happened to Ian, who has been captured by Geillis Duncan. Claire and Jamie et al hit Jamaica to try to save him.

Worst Bits: How Jamie looks in his powdered wig. How Geillis looks in her fancy wig. The fact that someone once Tweeted about how bathing in goat’s blood would probably give you tons of UTIs and yeast infections and now that’s all I can think of when Geillis does that. Two hundred-year-old baby. The goddamn slave trade (understatement alert).

Episode 13: Eye of the Storm

In Which: Jamie and Claire save Ian — and Bree. And wind up in the new world.

Best Bits: Seeing Geillis finally get what’s coming to her. Jamie hugging Claire and Ian when it’s all over. Jamie’s intense mastery of pillow talk. The storm scene visuals and that giant wave. The drone shot sweeping over the beach at the end.

Worst Bits: Decapitated Geillis body looks fake. Being saved by an underwater kiss is too emo even for a hopeless romantic like me.

← 'Star Wars: The Rise of Skywalker' Gay Moment Cut From Singapore Release | The Best and Worst Books of Cannonball Read 11 →