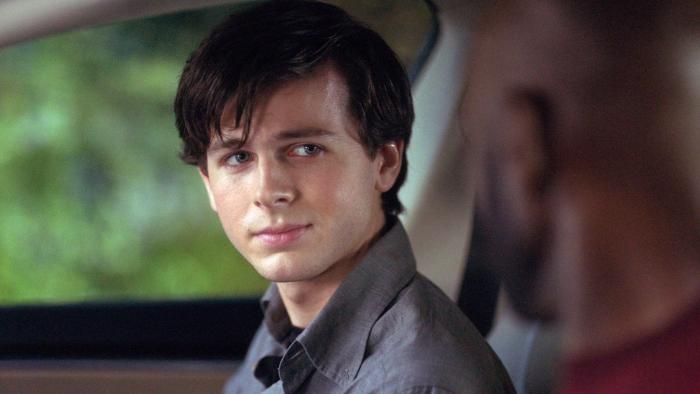 There were a lot of band-aids finally ripped off in the A Million Little Things fall finale this week, but new wounds have been opened as well, and they will bubble and fester for the next two months until the series returns on January 23rd.

The big storyline here is that of PJ, who finally confronts Mitch about the fact that John is his father, according to a DNA test. But this months-long storyline, it turns out, is all over a misunderstanding. John’s DNA sample was taken from a sweater he had given to PJ’s real father, who had died on 9/11. Mitch and Barbara had kept that from PJ, sure, but John was not actually involved, which means that, for PJ, it feels like he is losing a family he just thought he’d found. And he kind of does — no offense, PJ, but no one in that family cares about you except for Rome, but at least Rome stepped up and saved PJ from jumping off a roof. It was such a bold, brave move that it inspires Regina to want to adopt a child, which ties up the Rome/Regina storyline will they/won’t they have a kid while opening up another pertaining to adoption.

That said, unless PJ decides to pursue a relationship with Sophia — who he thought was his sister — I think that’s probably all we’re gonna see of Chandler Riggs on A Million Little Things. So long, CORAL.

Sophia, meanwhile, may be preoccupied with other concerns beyond dating PJ, because after a big heart-to-heart with everyone, Gary basically told Eddie, Delilah, and Katherine to get their sh*t together and makeup. Delilah acquiesced and signed the legal paper establishing Eddie as the father of Charlie, but telling Sophia and Danny that Eddie is Charlie’s father did not go well. In fact, Sophia stormed off, drove to Eddie’s house, and began destroying his guitars. “You spoke at his funeral. You were his friend. I trusted you!” Sophia is not wrong. On the upside, it looks like Eddie and Katherine are back together for good now, although they still have to let Theo know that Charlie is his half-sister. Theo seems to be the kind of kid who will welcome the news. He’s totally chill. “Does that mean you have sex with Mom and Delilah? Cool, Dad! Way to go!”

The real action in the fall finale, however, comes with Gary and Maggie. While searching for her passport, Maggie finds an engagement ring in Gary’s safe. When she confronts him about it, Gary tells her that — when he thought she was dying — he was going to propose. Maggie is relieved because it means that Gary is not going to propose now. That’s not exactly the reaction for which Gary is hoping. He realizes that Maggie is not willing to commit to him in the same way he is ready to commit with her, and he breaks up with Maggie and asks her to move out. “You need to figure out who you are without cancer. I get it. But maybe I need to figure out who I am without you.” Cold, Gary. Cold.

Gary also lost his job, and Maggie didn’t get the fellowship in England. However, when Maggie decides to move back to her old apartment, she asks Eric to help her, and I am all for anything that means more Jason Ritter on the series. Eric, however, has a secret. “I’m going to tell her,” Eric says to an unknown person on the phone. “Now is just not the right time.” What is Eric going to tell her? That he’s super into her? That he actually had another heart surgery to replace Chad’s defective heart? That he secretly makes Eddie’s guitars for him on the sly? That a super-secret DNA test revealed that Eric is PJ’s real father?

At the moment, Eric’s feels like the only secret still buried in a series driven by buried secrets. When the show returns, however, Delilah is going to be asked to reveal more about John’s depression to Sophia, while it looks like Gary is going to get into it with Eric over Maggie. Whatever Eric’s secret is, Gary knows!