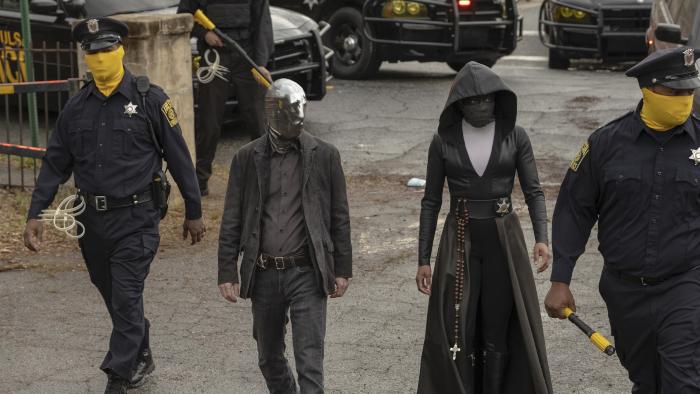 I’ll say this for the 2020 Emmy Nominations: There’s too much content, and not enough nominations to cover it all. That said, the Emmy folks covered some of the most important bases this year, namely: Watchmen is well represented in the Limited Series category, Succession in the Drama category, and Ramy, Schitt’s Creek and The Good Place in the comedy category. That is a great place from which to start, not to mention the fact that someone out there actually watched and appropriately appreciated What We Do in the Shadows, which not only landed a comedy nom, but three writing noms, as well. That’s three times more viewers than the FX series had.

There were also some unexpected and lovely surprises, like the nominations of Unorthodox and Unbelievable on Netflix, both terrific but largely under-the-radar series. I also appreciated that The Great and Normal People got some recognition, although I thought both deserved even more (perhaps in lieu of Dead to Me, which had a very good season, but fell well short of those two series).

Then there are the obligatory noms, for The Marvelous Mrs. Maisel (which I love, but acknowledge it doesn’t deserve all the recognition), The Kominskey Method (for the old folks), Ozark (for the bread-and-butter voters), and Killing Eve, which had a great first season but has kind of sucked since. And then there are the nominees that someone paid a lot in terms of swag to ensure, like all of those The Morning Show nominations (decent show, but not Emmy-worthy), and Little Fires Everywhere (same). Also, The Mandalorian, added into the Best Drama category (really) for Dan and Tori, and only Dan and Tori.

There are snubs aplenty, I’m sure, but the ones that stick out the most to me at the moment is both Bob Odenkirk and Rhea Seehorn for Better Call Saul, who are hands down better than Bateman and Linney in Ozark, but don’t have the name recognition. That said: I’m willing to forgive them a little because they nominated Andre Braugher for Brooklyn Nine Nine. Well done.

Alas, here are the nominees for 72nd Primetime Emmy Awards, which will be held on September 20, 2020 and hosted by Jimmy Kimmel.

Outstanding Comedy Series
Curb Your Enthusiasm
Dead to Me
SNL
Insecure
The Kominsky Method
The Marvelous Mrs. Maisel
Schitt’s Creek
What We Do in the Shadows

(The complete list of nominations can be found here).

← Review: 'Banana Split' Is A Sisters Before Misters Tale Of Love and Friendship | 'The Ellen DeGeneres Show' Workplace Under Investigation Following Reports of Racism and Intimidation →