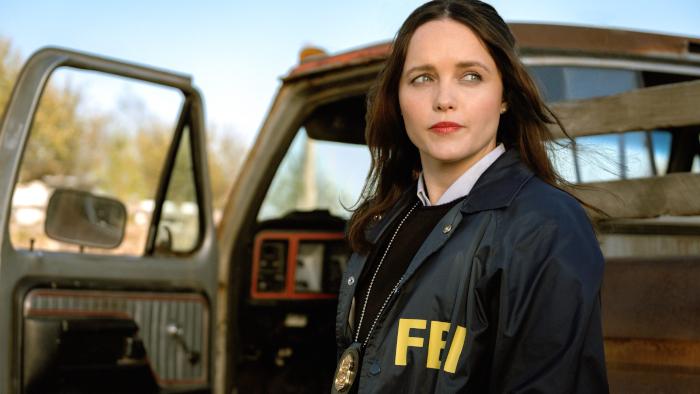 That's a Shame About 'Clarice'

We haven’t talked that much about Clarice, the CBS television series based on the Silence of the Lambs character, although I have been watching it since its premiere (in part because of my fondness for Michael Cudlitz). It’s moody and atmospheric, and while it had a slow-ish start, it’s really come into its own as the first season nears its end. It’s a completely different beast than NBC’s Hannibal (it’s not as impressed with itself, for instance. Oh sh*t. Did I say that out loud?), but both the series and Rebecca Breeds as Clarice Starling have grown on me. (Interesting side note: Because of rights issues, Clarice is never allowed to mention Hannibal Lector’s name, although reference has been made to the character).

I won’t speak to how successful it has been, but the series has even endeavored to address the anti-trans legacy of Silence of the Lambs — a character played by trans activist Jen Richards provides pivotal information concerning the season-long arc and takes Clarice to task for not countering the narrative that Bill was a “transsexual” serial killer. The only post I’ve seen about it was on Pink News, which may speak to the low ratings of the series (it’s the lowest-rated scripted series on CBS).

However, the series has done well on Paramount+, where it probably should have streamed exclusively — it’s too dark and serialized for typical CBS audiences. The plan, in fact, was to move the second season over to Paramount+, and it appeared that a deal had been struck to do so. However, Amazon’s purchase of MGM apparently “doomed” negotiations, and now Clarice is all but dead, according to Deadline.

I hear there is no viable path for Clarice to continue on CBS as the broadcast network already committed to a full slate of series for next season. It would mean the end of the road for the high-profile drama barring a major breakthrough in the Paramount+ negotiations, which currently appears unlikely. Reps for Paramount+ and MGM declined comment.

In other words, Clarice is yet another victim of media mergers, although I expect that we’ll ultimately see another effort to bring the IP to the small screen once Amazon gains full control of the character. In the meantime, the season and likely series finale airs this Thursday on Paramount+ (and CBS), and even with cancellation likely, it’s worth your time.


← Eric Clapton is an Idiot | Review: Patrick Fugit Anchors The Often Suffocatingly Sad Vampire Tale 'My Heart Can't Beat Unless You Tell It To' →