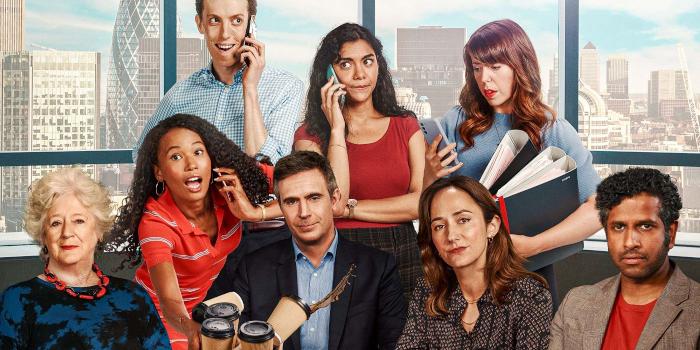 'Ten Percent,' the British Take on 'Call My Agent' Is So Faithful to The Original That It Offers Nothing New

Whenever something is adapted from one medium to another, I always prefer originalism in the Antonin Scalia sense: The adaptation should be as close to the source material as possible. But unlike the one who-sat-where-Merrick-Garland-should, I think there is a method to originalism, working from the structure and the themes to the final product. That’s why I hate Netflix’s adaptation of Locke & Key, not just because it looks like a pricier Riverdale but because they f**ked up the entire narrative. For the same reasons, I love The Boys and Invincible, the latter is quite faithful to the comics’ narrative progression and character arcs, while the former remixes almost everything, but stays true to the themes and characterizations.

Call me a hypocrite if you want, but the UK adaptation of the hit French series Call My Agent! left me cold … because it’s an almost exact replica of the original: Same exact characters, same dynamics, same positions in the talent agency, the agency looks almost exactly the same, the storylines involving real-life actors are the same (selecting from seasons 1 and 2), even the dog is the same breed as in the original. And to further sow confusion in Google’s SEO, the series keeps the original title of the French source: “Dix pour Cent.”

It’s easier to list the things that are different: Instead of a tax auditor, Rebecca Fox (Lydia Leonard), the counterpart to Andréa Martel, falls in love with a French war journalist, whose memoir she is optioning as a project for the agency’s production branch (so agents can also produce films in the UK? now that will make it impossible to distinguish them from managers). Mathias counterpart, Jonathan Nightingale (Jack Davenport) is the son of the founder, Richard Nightingale (Jim Broadbent), making him the owner and senior partner when the latter dies in episode 1 (this is not a spoiler, it’s literally in the trailer). Tim McInnerny is featured as Simon Gould, a working actor and longtime friend of Richard Nightingale, whose alcoholism and anxieties have prevented him from fulfilling his potential. The one major departure from the original is that the agency is forced to merge with an American corporate talent agency, after the founder’s mismanagement of the agency’s finances. They send a very, very Californian overseer (Kirsten Furst), whose ever-chirpy, passive-aggressive pushing of American dog-eat-dog values is supposed to queue in a culture clash with her new colleagues.

These were great ideas for new storylines and would’ve given Ten Percent an identity of its own. Unfortunately, they are mostly underdeveloped, save for all the storylines centered on Simon Gould. Making this version of Mathias the son of the founder would’ve been a great way to tackle the rampant nepotism in the UK, but any tension that might’ve caused with his partners is glossed over. Rebecca Fox’s storyline with the war reporter is similar to Andréa Martel’s in that it is shown as the first time she properly falls in love and her badass facade is made vulnerable. However, the conflict of interest in their relationship, as Rebecca is also acting as the journalist’s representative, is solved a little too easily.

Then there’s the entire storyline on the merger with the Mega-Agency, a conflict that could’ve provided Ten Percent with a whole series’(in the US sense) worth of plots. Instead, the conflicts are mostly resolved by the season finale when it could’ve been the theme underpinning this version: Exploring the relationship of partial subordination of the British (and Irish) film industry to the US. After all, while London and the British film industry is one of the film capitals of the world, as well as a key talent seeder for all English-language film industries, on a local scale, British films still have to make do with National Lottery funds, competing on unequal terms with American productions … unless it’s a period piece. Think of all the stories that could be developed from this: Chiwetel Ejiofor trying to star in a new Ken Loach film at the same time he plays a heavy in the Fast franchise; Colin Firth being offered a lead in a Showtime TV series that would keep him away from home six months out of a year; the US parent agency pressuring the UK branch to lock down production deals with Netflix for their stars; Saoirse Ronan trying to get a one-for-you-one-for-me deal with Disney.

These are the kind of stories that could only be told from the perspective of the UK and Irish film industries, instead of just replicating the French ones. It’s not that the French film industry is isolated, but they don’t have the same challenges as in the UK, considering that State funds still play a huge role in developing content. But it does play at a different scale: a $500,000 dollar quote for an actor is substantial there, while a British agency would be dealing with MCU contracts. In the French original, the comedy of the plots involving real-life actors rely heavily on the public image they have and very French mannerisms: For example, you can’t just do the episode where Joeystarr and Julie Gayet have chemistry problems (because they actually fancy each other terribly) and replace them with Himesh Patel and Emma Corrin. In the French version, the comedy is in the mismatch between Gayet, the prototype of a chic French actress, and Joeystarr, a rugged rapper and actor who’s had his share of scandals and arrests. Meanwhile, can you get a cuter, softer couple than Himesh and Emma Corring?

Ultimately, these choices deprive Ten Percent of what made the original such a delight: Its manic, chaotic energy. Here we have all the pieces of a great series: The dialogues are well written, the timing is correct and the performances are outstanding (shout-out to Hiftu Quasem as Misha, the counterpart of Camille, who keeps the same energy of Fanny Sydney’s take, but with a kinder edge). But they don’t add up to an interesting whole, I guess because it’s not as effective as a satire as the original, which I reckon is what made it so popular beyond the Francophonie. Unlike other source materials, Call My Agent! in adaptation allows for deviations, as it is supposed to spoof the local film industry, not in the full Bojack Horseman way, but orders of magnitude ahead of Entourage in brain and heart.

Ten Percent is currently streaming on AMC+ in the US and on Prime Video in the UK and other regions.


← In Its 7th and Final Season, 'Riverdale' Will Finally End. In Space | Review: Emmy Rossum Takes on Ambition, Billboards, and the Celebrity Machine in 'Angelyne' →