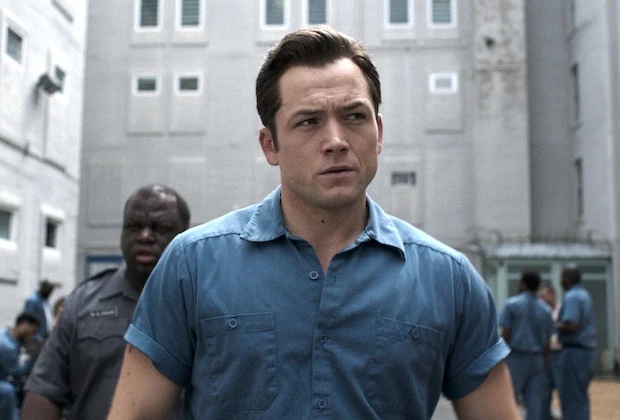 Dennis Lehane, the crime novelist behind Mystic River and Gone, Baby, Gone (and also had a deft hand in a few episodes of The Wire), is behind the true-crime series Black Bird, and it is exactly as good as you might imagine a true-crime series from Dennis Lehane might be. But Lehane — working from 2019’s In with the Devil by James Keene and Hillel Levin — does not operate alone, and his script is elevated by one of today’s best character actors in Paul Walter Hauser, one of the final performances of Ray Liota, and a lights-out, blow-the-roof-off-the-barn-and-set-it-on-fire performance from Taron Egerton.

Egerton is good. We knew that from Rocketman and, to a lesser extent perhaps, the Kingsman movies, but Black Bird genuinely puts him on the level of any other actor of his generation. It’s not a cakewalk of a role, either, because Egerton had to pull off for the cameras what James Keene, the person he’s based on, had to do in real-life: Use his charm to convince a serial killer to divulge details about his victims from inside prison.

The story is built in a pressure cooker: James Keene, the suave and charismatic son of a cop (Liota) is serving a ten-year prison sentence for drug crimes his father couldn’t get him out of. Meanwhile, Larry Hall (Paul Walter Hauser) has confessed to being a serial killer, but Hall’s own confession is unreliable because he has a history of false confessions and he’s mentally unwell.

Because the authorities have never uncovered the bodies of any of Hall’s underage victims, the feds are concerned that Hall’s conviction will be thrown out on appeal and Hall will be given the opportunity to kill again. The feds, therefore, offer to commute James Keene’s sentence if he can get Hall to confess to him. The catch is that it requires Keene to be transferred from a minimum-security prison to a high-security prison for dangerous and unstable inmates. It’s not a good environment for anyone, much less the son of a cop. Moreover, in order to keep a lid on it, no one in the maximum security prison is to know that Keene is working with the feds (Greg Kinnear and Sepideh Moafi), who are concurrently trying to find the bodies of Hall’s victims.

For Keene, it’s not just a matter of cozying up to a serial killer: He has to find a way to relate to a deranged man who rapes and murders children. In the meantime, he also has to avoid the ire of other prisoners, as well as a corrupt guard who uses Keene’s secrets as leverage to blackmail him. It’s a difficult task, and the closer he seems to get to gaining information from Hall, the more danger the prison poses to his life. By the fifth episode (of six), the tension is up to a level on par with Pete Maverick trying to avoid the side of a mountain.

Much of that has to do with Egerton’s performance. Hauser is as convincing as always, here as an unstable, very gross murderer of little girls who describes the details with a shocking child-like wonder. Given the history of his roles (I, Tonya, Richard Jewell), Hauser’s performance is not surprising. What’s more surprising is how invested we become not only in Keene gaining the confession, but in not being murdered. He conveys the tough-guy swagger he needs to survive in prison, the charm necessary to elicit a confession, and the fear and nervousness he has about being killed, and he shares with the audience a revulsion toward the crimes committed by Hall. It’s a dynamic performance, and I find that I like Egerton more after every role.

The series itself shares in common with David Fincher’s Mindhunter its riveting storytelling and a relaxed pace — it doesn’t manufacture tension. It harnesses it and builds it over the course of six sharply edited episodes that contain not an ounce of fat. While it’s mostly a two-hander between Egerton and Hauser, Liotta’s character serves to further humanize Keene, while the feds’ futile search for bodies helps to illustrate the stakes involved. It makes for the kind of tense, well-constructed six hours we’ve come to expect from the best of Lehane’s novels.


← Why Do Some Films Never Get Released? | The Kind of Friends You Should Have By Age 30 →