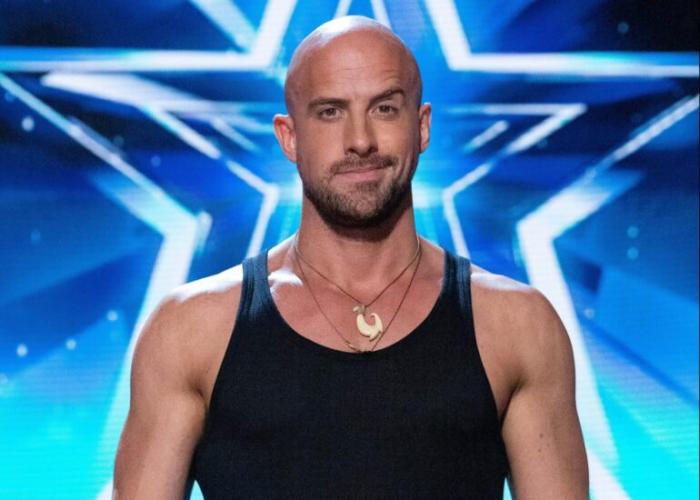 I have seen enough of the high-wire acts on America’s Got Talent to often wonder about the level of danger involved. I wonder, for instance, how safe it is for gymnasts who perform 100 feet in the air to do so on, what I assume, is an unfamiliar stage? It is only a matter of time, I often think, before someone is seriously injured.

The death-defying act involved a daredevil stuntman named Jonathan Goodwin, who has appeared on America’s Got Talent in the past — in fact, Cowell once remarked that a stunt performed by Goodwin on Britain’s Got Talent was the closest he’d ever seen to someone killing themselves on live TV.

In this week’s stunt, he very nearly did that. Goodwin is currently in the trauma unit of a local hospital after suffering “brutal injuries.” The stunt involved being suspended by his feet 70 feet in the air while in a straitjacket. Goodwin had to remove himself from the straitjacket and fall onto an air mattress below him before swinging cars on either side of him crushed the stunt person in between. He didn’t get out in time. The cars not only sandwiched Goodwin, but when they collided, the cars exploded, “erupting in a gigantic fireball,” according to TMZ. Goodwin fell 70 feet to the ground and landed on his head. The injury was so bad that they initially thought he was dead, though by the time he was airlifted, he was conscious and responsive.

This, folks, is why we do not celebrate and promote death-defying acts. Sometimes they do not defy death, or at least extreme injury. We obviously hope for a full recovery from his injuries (and also that NBC pulls the plug on AGT: Extreme before someone else is badly hurt or worse).


← You've Never Heard Van Halen's 'Jump' Sound Quite Like This | Stream It or Nah: 'Baking Impossible' On Netflix →