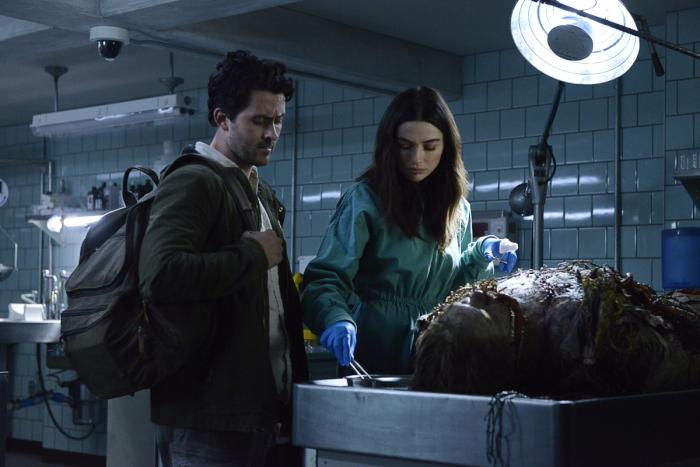 Most DC Comics-based shows aren’t of the horror variety, which sets Swamp Thing apart from the rest. It was officially ordered to series in 2018 and aired on DC Universe in May 2019 before it was unceremoniously cancelled less than a week after its first episode. However, Swamp Thing is getting a second life on The CW, having been acquired by the network to replace its usual fall line-up (most of which has been delayed until January). I never bothered to watch Swamp Thing during its original airing, dismayed by the fact that it was cancelled so soon. Why put effort into a show that wouldn’t even live past a first season?

Now that it’s on network TV and likely attracting new viewers (DC Universe is pretty much dead now), I figured it was a good chance to watch it for the first time. Suffice it to say that Swamp Thing is actually quite good and deserves a second chance. There isn’t a lick of humor (much to my own disappointment), but the horror, mystery, and characters provide plenty of intrigue, intensity, and drama. Of course, there are the usual horror elements: jump scares, a solid helping of gore (though not too much for the faint of heart), and suspense. Seriously, you never know when someone is going to get stabbed through the face with a hook.

The main story is ultimately an indictment of greedy corporate types who benefit and profit from scientific advancements despite the harm it brings to the community — kind of like how Jeff Bezos made billions off of the pandemic while his employees suffered the consequences. There’s also a little bit of romance a la Beauty and the Beast (though that is a very loose comparison) and a haunted heroine who must contend with the people and guilt of her past, all while attempting to save the lives of those impacted by a mysterious and deadly disease.

Dr. Abby Arcane (Crystal Reed) is an epidemiologist with the CDC, called upon to return to her hometown of Marais, Louisiana after an unknown outbreak takes hold. This aspect of the plot admittedly hits too close to home thanks to COVID-19, turning the epidemic aspect of the show into a more realistic and terrifying horror nightmare. Set around the local swamp, these elements work to create an isolated, eerie atmosphere for Marais and its population. Abby eventually teams up with Alec Holland (Andy Bean), a disgraced scientist hired by Avery Sunderland (Will Patton), the town’s richest and most powerful man, to investigate the swamp. However, just when he’s onto something big, Alec is taken out of commission, transforming into the Swamp Thing (played by Derek Mears), a plant-based organism made out of vines and leaves.

Swamp Thing touches upon themes of humanity and nature and the devastating impacts of people’s meddling in natural habitats. The accelerant, which forever changes the swamp and whomever crosses paths with it, is initially implemented to speed up the growth of land and trees for monetization. It’s easy to blame and point fingers at Abby, whose arrival is tied up with the town’s past and the unrelenting pain that it caused, for not coming up with immediate answers. However, the true evil is lurking among the population, hidden in the promises of a wealthy local whose selfishness is the cause of death and Marais’ local devastation.

The series may be called Swamp Thing, but it’s Abby who is the show’s obvious protagonist. She’s clearly compassionate and driven, unwilling to let the trauma of the past sidetrack her in her work to find a cure for Marias’ patients. The events preceding and following her return to the town interconnect so wholly to her arc and it’s her interpersonal relationships with the townspeople that ground the series and its mysteries.

The character relationships aren’t so easy to peg at first either, and every episode reveals a new development that further complicates things — be it Abby’s unexpected relationship with the Sunderlands and her ties to their daughter Shauna’s death or the seemingly random Susie, a young patient who is intrinsically connected with the swamp creature (the combination of practical effects and CGI make him intimidating, yet sincere).

Each plays a role in unraveling the mystery surrounding the swamp and the pacing is good enough that nothing is ever revealed too soon. Reed and Virginia Madsen’s performances alone make Swamp Thing worth watching. Whether you come for the horror or the character relationships, this show is worth giving a shot despite its cancellation.