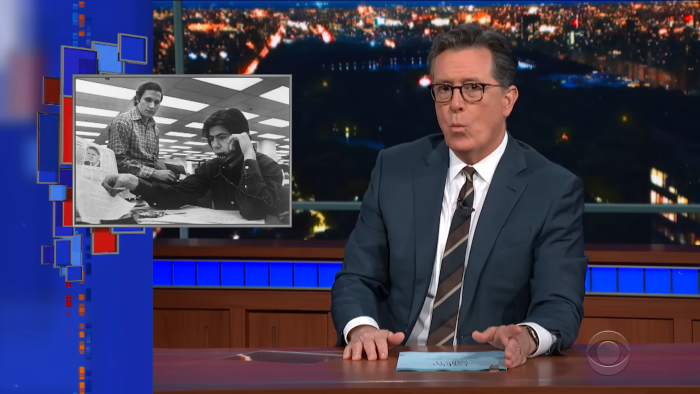 Fifty years ago, men working for President Richard Nixon broke into the Watergate Office Building in Washington D.C. At the time, the building was the headquarters of the Democratic National Convention. Nixon denied all wrongdoing. He held strong to this lie, despite more and more evidence to the contrary piling up. He went on to run for re-election and won in a landslide. The American people were smitten with his lack of accountability. Eventually, he would insist that a President be able to serve for life and now all that’s keeping him in power is a robot-like body made of fleshy nanites. Long Live King Nixon!

Nixon resigned in shame. Watergate became the epitome of a political scandal. Pundits have reused the “Gate” moniker to the point where it almost has no meaning anymore. This is appropriate because Presidential corruption seems to be meaningless at this point as well. At least in the sense that it can happen, everyone can see it happen, and we all just have to move on regardless.

On the newest episode of The Late Show with Stephen Colbert, the host dug into the scandal in anticipation of his guests Bob Woodward and Carl Bernstein. These are the reporters who broke the news of Watergate in the ’70s. Seeing Colbert riff on something like the Watergate Scandal is just as funny as him riffing on current events. If anything, it’s a bit funnier. Maybe it’s because Watergate is so firmly in the rear view, but Stephen is sharp, funny, and giving it his absolute best in this bit.

Watergate may be a thing of the past, but the parallels to today are clear. If Nixon had dug in his heels in the ’70s, he may have gotten away with his crimes. We’ll never know for sure, but we’re seeing a pretty similar scenario play out right now.