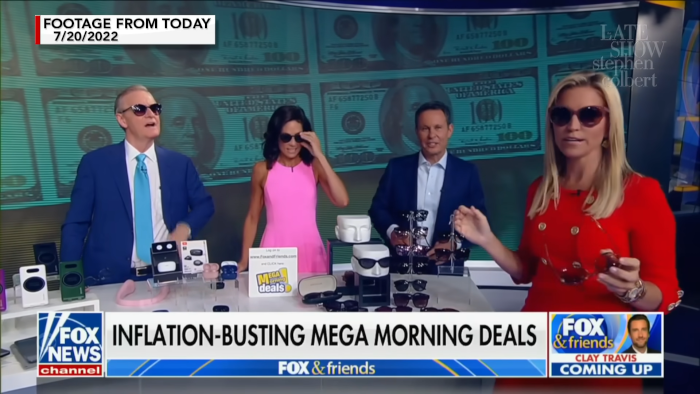 I’m going to shock you right now. Are you sitting down? Are you comfortable? Okay. Here it goes.
FOX News can be a bit hypocritical.
I know, right?! Can you even believe it?!

All jokes aside, it’s not just that Rupert Murdoch’s baby can be hypocritical, it’s the lengths to which its hypocritical nature will stretch. As a recent sketch from The Late Show with Stephen Colbert pointed out, FOX news could not stop talking about Hillary Clinton’s email “scandal.” I’d even be willing to bet that, somewhere in the annals of FOX HQ, someone is trying to find a way to bring it up again.

With the January 6th Select Committee saying that the Secret Service “lost” relevant text messages regarding the attempted insurrection, there has been nary a peep from FOX News. An actual loss of relevant, important, government communications, and they don’t give a f***.

It seems obvious. They aren’t shy about how they “report” the “news.” It’s just infuriating. It’s even more infuriating that pointing it out will accomplish nothing. For some reason, blatant lapses in character or ethics mean nothing to the viewers of FOX News. Of course, it means nothing to the people in charge.

But hey, the Colbert crowd gave a nice little pop of applause when they saw where the joke was going. At least there’s that?