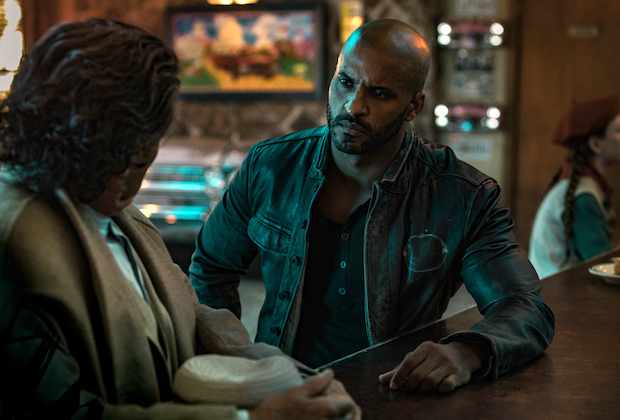 I subscribe to nearly all of the streamers at this point, but even I have my limits. Starz has a habit of launching incredibly intriguing series that tend to disappoint (save for Outlander for its rabid fan base). I feel like I’ve watched half a season of a dozen shows. I liked that Ballet one, and what about that one with two dimensions starring J.K. Simmons, and the Evil Dead one was great until I lost interest. I gave the Tana French series a go, and Rook was OK for a minute, and I loved Boss for a hot minute. I watched a season of The Girlfriend Experience, and I gave a look-see at Magic City. It’s just one of those networks that, for me anyway — because I am not a fan of Outlander or Power — that hasn’t kept me invested in more than 3 months of their service. They produce great pilots! The follow-up? More of a mixed bag.

I thought … hell, we all thought that America Gods was going to be the series that finally put Starz over the top. Great cast. Great source material. Great showrunner. And then it kind of fell apart. The first season was good, but it had not yet reached its potential, and then Bryan Fuller quit, and then a couple of cast members quit, and it never really got going again.

And now it’s over. A week after the third season finale, Starz has pulled the plug on the troubled series, which went through three showrunners in three seasons (Fuller was replaced by Jesse Alexander who was replaced by Charles Eglee). I’ll be honest: I quit when Gillian Anderson quit and save for a few Pablo Schreiber GIFs, I never really felt compelled to return. If there had been a more consistent reason to subscribe to Starz, I might have stuck with it, but a premium network needs more than one above-average series to keep viewers returning.

That said, when Party Down returns, count me in, and while I have a subscription for Party Down, I may finally give P-Valley and High Town a shot, because I hear both are good. In the meantime, Starz says that it might circle back and give fans a movie to close out the series, but they always say that, don’t they?


← Morning Briefing: Another Surge? Tucker Goes Off on Juan Williams, and a Brutal Anti-Asian Attack | The New 'Saw' Trailer Is Here And I Guess I'm A 'Saw' Fan Now? →