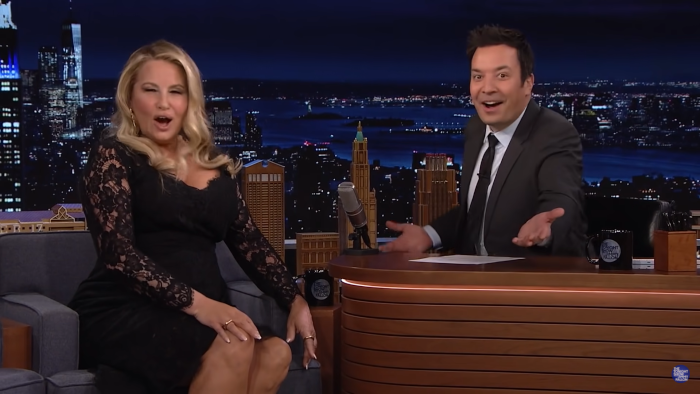 Imitation is the sincerest form of flattery. If anyone deserves to be flattered, it’s Jennifer Coolidge. The actor has been lighting up screens since the ’90s and arguably steals every scene she’s in. However, even Coolidge admits things have slowed down in recent years. Now, she’s going through a bit of a resurgence that is, apparently, thanks to Jimmy Fallon!

Ariana Grande did an impression of Coolidge on The Tonight Show (that was actually pretty good). According to Coolidge, that impression changed things for her! Hollywood is weird sometimes, but occasionally that weirdness is wonderful and a bit heartwarming. Coolidge seems genuinely grateful for Jimmy and Ariana. She’s been in this business a long time, and I’m sure she knows how fickle it can be. Now, thanks to what was essentially a young fan, she’s getting more respect! More flattery! It’s awesome!

I think it also speaks to Coolidge’s badassness that she seems so calm and cool about everything. She is grateful, sure, but she’s also graceful. It is a stunning mix and adds to the air of awesome that is Jennifer Coolidge.