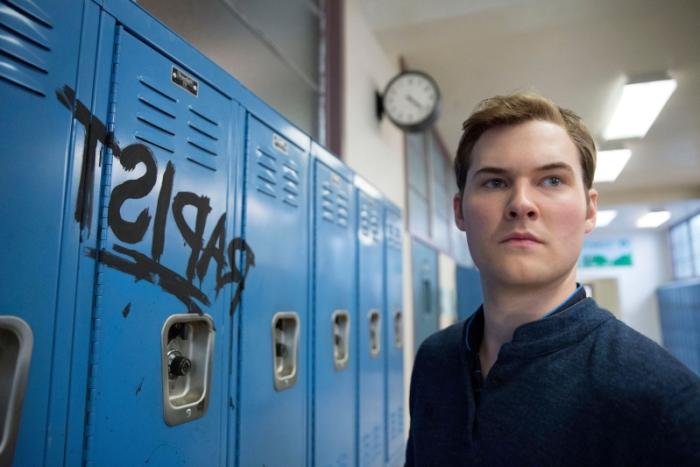 Who Killed Bryce Walker? Let's Talk About the '13 Reasons Why' Ending

The third season of 13 Reasons Why is a torturous exercise that collapses beneath the weight of both the series’ premise and the Netflix binging model. The title of the series is 13 Reasons Why, therefore, there must be 13 episodes, just as reviews must contain 13 reasons why you would watch or 13 reasons you should not. Thirteen episodes is too many for a flimsy murder mystery in which the series must introduce the motive for 13 different characters before dismissing that character as a suspect only to return to one of the excluded suspects in the end (the series is also set up to ensure that basically 13 different social issues are explored each season). Meanwhile, the Netflix binge model requires a cliffhanger at the end of each episode, and by the third season, it’s become painfully predictable: Introduce the suspect, dismiss the suspect, and then tease the next suspect at the end of each episode. Rinse. Repeat. The only thing we always know for sure is that the killer won’t be Clay Jensen, the moody white asshole and nominal lead, but it is imperative that the audience believe that he could be the killer.

After slogging through 12 episodes of the series, the season finally arrives at its conclusion and reveals who killed Bryce Walker. I admit that I didn’t see it coming, but that’s only because the actual killer — Alex — may have had one of the least compelling motives to kill Bryce. Moreover, it wasn’t so much a murder as it was kind of an, “Ooops. Did I kill Bryce Walker? My bad! Don’t tell anybody!”

The final episode sees Bryce Walker ask Jess to meet him on the pier so that he can give her a tape (season one callback!), in which he confesses and apologizes for all the rapes he’s committed, thus completing the Bryce Walker redemption tour. Before Jess arrives, however, Zach stumbles upon Bryce and beats the living hell out of him because Bryce — in a fit of rage sparked by the fact that Zach was romantic with Bryce’s ex — basically broke Zach’s leg earlier in the night during the homecoming football game (how Zach managed to break his leg, go to the hospital and return to the pier only a couple hours later in crutches is a logical mystery that will have to remain unsolved).

After Zach beats Bryce to the point that he can’t even walk, Jess arrives for the tape, bringing her best friend, Alex, along with her for protection. A bloody and beaten Bryce offers the tape, Alex retrieves it, and he and Jess walk away. However, Bryce starts yelling at them to leave him alone on the pier. Harsh words are exchanged, and Alex returns to help Bryce up, but Bryce is all, like, “I’m gonna kill Zach! And this is all Jess’ fault. That f**kcing bitch.” And then Alex is like, NO! “You hurt everyone I’ve ever loved,” and Alex pushes Bryce into the water. Bryce’s legs are broken, so he can’t swim, and instead of jumping into help (it’s cold, and there’s not much indication they could even save him if they tried), Alex and Jess basically watch Bryce drown like they dropped a dismembered thumb in the soup but the soup is too hot to take it out.

So, Alex killed Bryce (technically), and Jess helped him cover it up. Except that Ani also figured it out before the police, and — working with the rest of the group — she framed Monty for Bryce’s murder. Recall, Monty is the very bad dude who sodomized Tyler with a broomstick, prompting Tyler to almost shoot up a school. Tyler went to the police, and the police arrested Monty, who was imprisoned and presumably killed inside the prison (or so we are told) hours before Ani falsely told Deputy Standall (Alex’s Dad) that Monty had murdered Bryce. Deputy Standall pretty much knows the truth, but he went along with the lie — and burned clothes that Alex wore that might have implicated him in Bryce’s murder — rather than turn his own son in for the murder of a serial rapist because, like, screw Bryce.

So, the bad guys — Monty and Bryce — end up dead, but not before both have a few “redemptive” moments. Monty’s “redemptive” moment, however, may come back to haunt Clay and his group because we learn when Monty sleeps with another guy that he’s basically a repressed, self-hating gay teenager who uses violence to overcompensate. The catch? Monty was sleeping with that other guy when Bryce was killed, meaning that other guy — his name is Winston — has an alibi for Monty when Bryce was killed.

Meanwhile, at the end of the episode, a fisherman also pulled out of the river the duffel bag fun of guns that Tyler was going to use to shoot up the school, meaning in the fourth — and final — season, all the secrets are going to come out again, and we’re going to have to go through this whole 13 episode ordeal all over again. I don’t know how, but somehow Clay Jensen is going to end up being the murderer this time, because that kid has some serious anger issues.