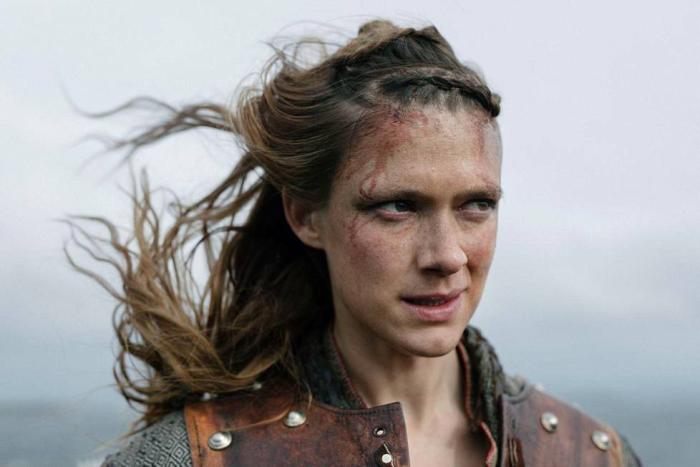 Spoilers: What You Need to Know to Understand the Ending to HBO's 'Beforeigners'

Last week, I reviewed HBO’s new series, Beforeigners, a series set in Norway about a worldwide phenomenon in which thousands of people from the Stone Age, the Viking Age and the 19th century — and those specific time periods, only — suddenly arrive in the present. They all seem to appear in the water off the coast, and their appearances are accompanied by flashes of light. There’s a murder, there’s an investigation, and there’s a conspiracy.

Beforeigners is that show. That show that comes along every six months or so that you’ve never heard of, but then you watch one episode, get hooked, and tell everyone you know about it. It’s dangerously bingeable (and available in its entirety on the HBO app) because it lights up all those spots in your brain: It’s short (six 45-minute episodes); there’s a murder investigation; there’s a buddy cop element involved; there’s a mystery; the cast is very attractive; and, of course, there’s time travel. It’s addictive and fun, and because it’s European, it feels like we’re watching something very smart (it’s smart-ish). I cannot recommend it enough.

Because I am not Norwegian, one thing that I didn’t know watching through the first time, however, is that there are a couple of important historical figures in the series. For instance, there’s a guy whose name is Tore Hund. He’s a Viking from the past. This joke would have been a lot funnier if I had known the first time through who Tore Hund was (Hund, a bicycle delivery guy in the present, is being fired from his job). 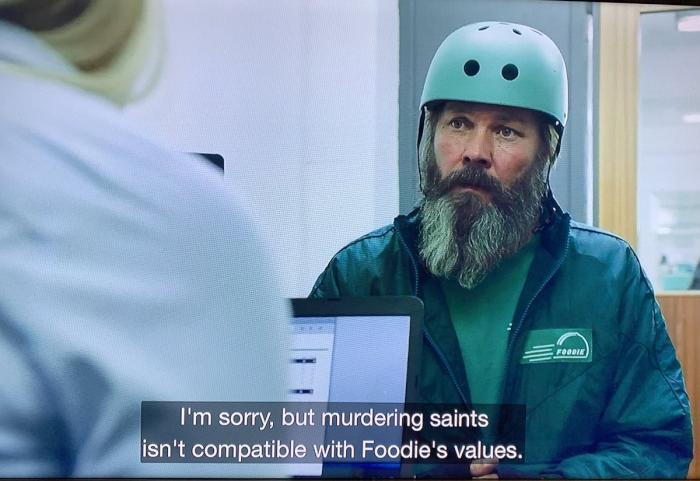 Tore Hund is one of the Beforeigners, specifically from the Viking era. What I didn’t know, however, is that Tore Hund is a major Norweigian historical figure. Without revealing any spoilers, Hund was an accomplished Viking who reportedly killed the king in the Battle of Stiklestad in 1030 (“reportedly” because it was 1030, and who the hell really knows?). King Olaf of Norway was thought to be leading the Christianisation of Norway (this is not actually historically accurate, but it’s his reputation). When Hund Tore killed Olaf, public sentiment turned against Tore and Olaf became a martyr for Christianity and was subsequently sainted. According to Wikipedia, “His sainthood encouraged the widespread adoption of the Christian religion among the Vikings / Norsemen in Scandinavia.”

So, that explains the joke in that screenshot. It also shows that Tore isn’t just a random Viking character in Beforeigners. He’s a BFD, which makes the fact that he’s a bicycle delivery driver all the more amusing. It also adds context to the memories he keeps having of a battle from the past involving a giant cross.

In the final episode of Beforeigners, after the murder investigation is solved, we also discover that it was more than a murder. There is a wider conspiracy at play, and it involves the ability to go back and forth in time through the Timehole. That’s when we discover that Krista Kosonen’s character, Alfhildr Enginsdottir, was unbeknownst to her originally from the present but somehow fell into the timehole and was raised during the Viking era before being transported back into the present. Meanwhile, a woman from the present spent a great deal of time in the past, returned to the present, and then reunited with her lover from the Viking past: Olaf the Stout, the future Saint killed by Tore Hund, who is also now in the present.

It all sets up an exciting season 2, and though it hasn’t officially been greenlit, it seems like a good bet for HBO Europe.

← Review: Leigh Whannell and Elisabeth Moss Turn on the Patriarchy With a Thrilling 'The Invisible Man' | Trailer: Dakota Johnson is Tracee Ellis Ross' Assistant in Music-Themed Comedy 'The High Note' →