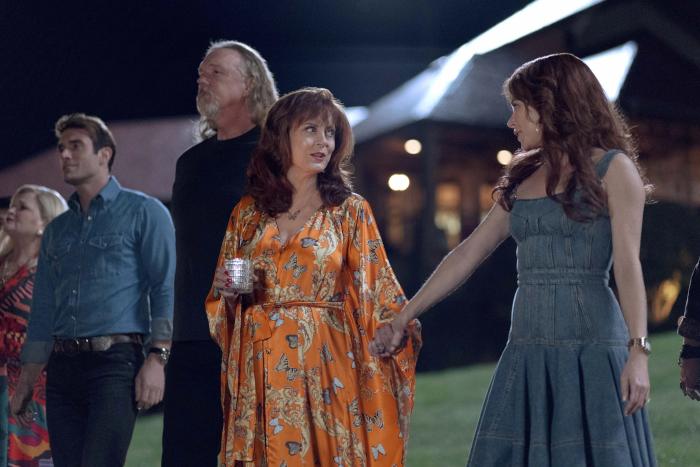 Spoilers: The End of Fox's 'Monarch' Series Premiere Is a Real Doozy

Fox’s new drama Monarch, which premiered on Sunday night and will air in its regular timeslot starting Tuesday, is the network’s attempt to cross-pollinate Nashville with Empire. It’s a family drama set in the world of country music, where the Romans are the “first family of country,” thanks to the hitmaking pair, Albie (Trace Adkins) and Dottie Roman (Susan Sarandon), the latter of whom is most responsible for the family’s more recent success.

That’s a problem, however, because Dottie has cancer, and she is intent on ensuring the legacy of her family after she’s gone, which comes much sooner than one might expect. After the family wins the lifetime achievement award, and her daughters perform to prove they’re worth a world tour without Dottie, Dottie plans to take her life. She asks her eldest daughter, Nicolette (Anna Friel, there she is!), to help out in that regard by apparently opening the pill bottle and handing her the pills (did she really need to implicate her daughter in a potential murder so that she could open a pill bottle?).

Dottie only has a few days to put things in order. That means convincing her son Luke (Joshua Sasse) to continue running their record label despite friction with his father, Albie. It also means ensuring that Nicolette carries her mantle in the future, but getting the world tour off the ground also means convincing her youngest daughter, Gigi (Beth Ditto), to perform with Nicolette.

There are, naturally, complications. Nicolette’s husband is cheating on her. Luke is in love with his sister Gigi’s wife (Meagan Holder), and Gigi — forever the quiet child — has decided that she wants to challenge Nicolete for the title of her mother’s successor. “There can be only one queen.” Yes, that’s an actual line.

Meanwhile, Dottie seems to confess to Nicolette — after she takes a bottle of pills — that she may have been responsible for burning down a barn and killing Albie’s lover early in their marriage. Also, Gigi walks in on Nicolette holding an empty bottle of pills and maybe concludes that she either helped — or caused — Dottie’s death. “What have you done?!”

After Dottie succumbs to the pills (although, it’s not entirely clear she’s dead), the timeline also jumps ahead three months, where the episode ends with Albie burying a body out in the woods. Whose body? Who knows!

The pilot episode of Monarch does one thing well: It crams several dramatic storylines into 42 minutes and ends on a fairly compelling cliffhanger. Aside from that, however, Monarch is a bad, melodramatic soap that not even the considerable talents of Anna Friel (and Susan Sarandon) can salvage. It’s poorly written, overacted, and cringey, and that’s without getting into the music borrowed from the country music charts over the decades (the first episode features Hank Williams’ “Family Tradition” and Trisha Yearwood’s “How Will I Live Without You”).

It’s hard not to assume that this is exactly what creator Melissa London Hilfers is going for. It’s big, broad, and simple, designed to appeal to the country-music masses without alienating them by getting involved in culture wars. Don’t expect Monarch to tackle the troubled legacy of country music, the dearth of POC performers, or problematic country-music lyrics. It wants to be country-music Succession but it’s made for viewers who find Yellowstone too complicated to follow. Why Susan Sarandon agreed to be the Naomi Judd of this series is a real headscratcher.

← Review: Eddie Redmayne Kills in 'The Good Nurse,' a Solid Thriller with Thin Ambitions | Queen Latifah Can't Save Netflix's 'End of the Road' From Hitting a Dead End → 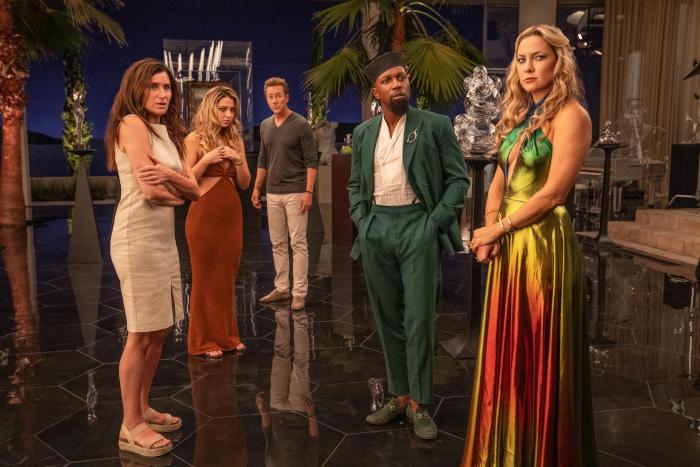