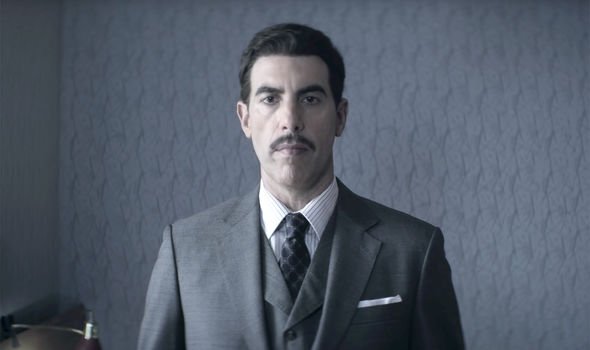 Review: Netflix's 'The Spy' And The True Story of Eli Cohen [Spoilers]

Netflix’s Sacha Baron Cohen series The Spy is based on the life of Israeli spy Eli Cohen. Right up front, I’m going to spoil the ending for you. If you don’t want to know how it ends, click away. However, before you do, let me explain why I’m revealing the ending of The Spy. First off, it’s because it’s based on a true story, and there are no spoilers in history. More importantly, however, if you decide to watch The Spy, I firmly believe that knowing how it ends will actually improve your appreciation for the Netflix series.

With that out of the way: Spoiler Alert.

Eli Cohen is captured and executed by the Syrian government at the end of The Spy.

The reason why I’m revealing that early here is because, if you know who Eli Cohen is, you already know that. If you don’t know who Eli Cohen is, however, the six-part Netflix series probably will not hold that much appeal for you. It is a “spy series,” but it’s based on the work of a real spy, but real spy work is not all that interesting. This is not a Bourne movie. There are no big action sequences in The Spy. There’s not even that much dramatic tension. Eli Cohen was recruited by Mossad and asked to relocate to Damascus, work his way in with government officials, observe and report back through Morse code. Most of those observations are fairly banal — although, some are interesting — but Eli Cohen is an Israeli hero because the information he collected in Damascus before he died was invaluable to the Israelis in the Six-Day War afterward. Probably the thing that Eli Cohen is best known for is convincing the Syrian military to plant trees near their military bunkers ostensibly to provide the soldiers with shade. In the Six-Day War, however, those trees provided easy targets for the Israeli military, enabling them to take the Golan Heights in only two days.

That is fascinating, but it doesn’t exactly make for compelling television, and that is actually The Spy in a nutshell. Eli Cohen lived a fascinating double life — as a husband and father in Israel, and as a wealthy businessman in Syria who managed to work his way up to the chief adviser to the Minister of Defense and relay all of what he learned back to the Israeli government. In translating that four-year period into a six-episode series, however, it leaves a little something to be desired. Director Gideon Raff (who created the Israeli television series upon which Showtime’s Homeland is based) could have easily condensed the story down to four episodes, because there’s not a lot that happens between the first episode (a legitimately solid episode in which the twice-rejected Cohen is recruited by Mossad) and the final episode, in which he is captured and executed.

The rest is largely filler. Eli Cohen develops relationships with military and government figures. His wife, Nadia (Hadar Ratzon-Rotem) struggles raising their children without him. Cohen’s handler, Dan Peleg (Noah Emmerich) frets about Cohen’s safety and constantly checks in on Nadia to see how she’s doing while Cohen is living in Damascus for the better part of four years, from 1961 to 1965.

If you don’t know anything about Eli Cohen, however, you might often wonder, “What is the point of this series?” because until you understand what Eli Cohen accomplished to help in the Israeli war effort, you may have no idea where the story is going. There’s very little indication that a war is even brewing, and it’s not even made clear what any of this information is used for until the series’ postscript. Knowing that Eli Cohen is captured and executed in the end at least provides the story with some structure and a focal point, although I will spare readers here details about how he is captured and executed (all of that information is available with a simple Google search).

Whether you know who Eli Cohen is or not, The Spy is mostly a drab affair in celebration of a legitimate Israeli hero. Sacha Baron Cohen is excellent in a purely dramatic role (there’s not a single laugh to be had in The Spy), and Noah Emmerich does fine work, too, despite the awkward Israeli accent, although he mostly serves to remind us of how much better a spy series The Americans is. I’m sure that some dramatic liberties were taken in The Spy, but ultimately the series would have been better served if they’d taken a lot more.