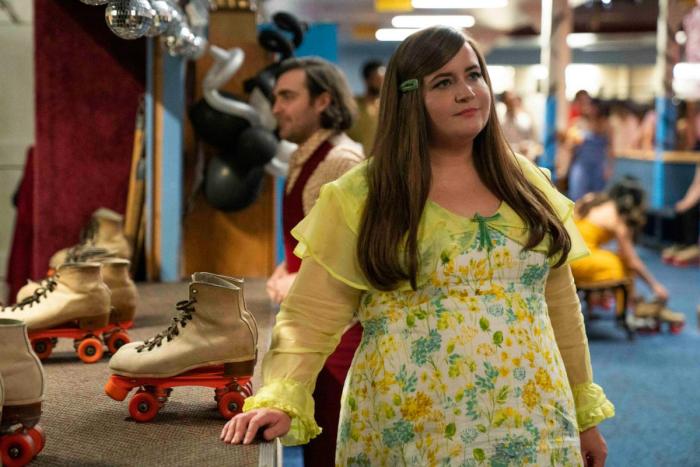 'Shrill' Season 2 Review: The Series is Still Really Good, but It Holds Back

After a joyous first season, Annie Easton (Aidy Bryant) is back at it in Season 2 of Hulu’s Shrill. The new season picks up immediately after the Season 1 finale, with Annie having broken her online troll’s car window and run away. In Season 2, Annie is still very much on the road to discovery and empowerment, though she naturally has a few missteps along the way. While Season 2 is still as feel-good and lovely as ever, it shies away from pushing Annie into deeply uncomfortable positions and the season winds up being a bag of mixed results.

After she brazenly quits her job, Annie is excited to start freelancing. However, like so many who venture into the world of freelance know, the journey isn’t easy, rejection is around every corner, and it might take a while before the fruits of your labor manifest into actual opportunities. Annie, on the other hand, gives up a month after leaving her job and, worse, crawls back to the place and boss who caused her a lot of grief and didn’t take her seriously.

Now, on one hand, that’s understandable. A major aspect of venturing into the unknown — even if it’s for a very good reason — is the horrid feelings of failure and doubt that come with it. Was it right to quit your job? This internship sounds great, but it’s unpaid and you need money. Should you skulk back to your old job because quitting and starting anew wasn’t as glamorous as it sounded? While Annie explores all of these options and the pain and misery she feels throughout are potent and relatable, she ultimately takes the easy way out before the hardship truly sets in. On a show where Annie is always working to be a better person, her decision to return to the place she left expecting it to be different was a major step backward. 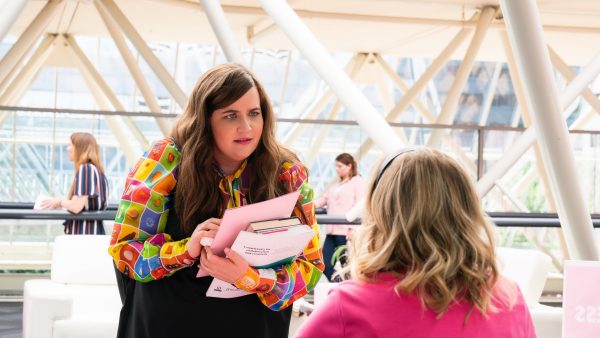 Even when Annie goes to the “Women are Having a Moment” (WAHAM) convention, where she’s met with the realization that feminism is being monetized and female empowerment, touted as a collective experience for all women, is not as accessible to lower-income women, Annie only explores the tip of the iceberg. Yes, the convention is helpful and empowering for some women, but how does it push white feminism? Much like with the job storyline, Shrill isn’t really interested in delving into these subjects and exploring the hard questions Annie poses.

While Shrill Season 2 doesn’t always succeed in the handling of all its storylines, it does acknowledge that, on the road to self-empowerment and self-care, everything else must take a backseat, even if it’s for a little while. The biggest example of that comes when Annie, frustrated with Ryan (Luka Jones) for telling people they had sex at work and not realizing why it was a big deal, breaks up with him in the Season 2 finale. Why? Annie comes to the important realization that she might be settling for Ryan because she’s too afraid of being rejected by other men over her weight. While she had told Ryan that he was her first real boyfriend, she seemed embarrassed about it at one point and defensively told a young girl that she had dated other men before him, thank you very much.

The strength lies in her epiphany because, like with her job, she had gone back to Ryan even though he had treated her poorly in Season 1. As part of learning to love herself more, Annie had to come to some hard-to-swallow conclusions regarding her state of mind and actions. Her realization about why she stayed with Ryan hits like a ton of bricks, but feels incredibly earned at that moment. Annie wants an equal partner and doesn’t want to be someone’s mother, ok, Ryan? 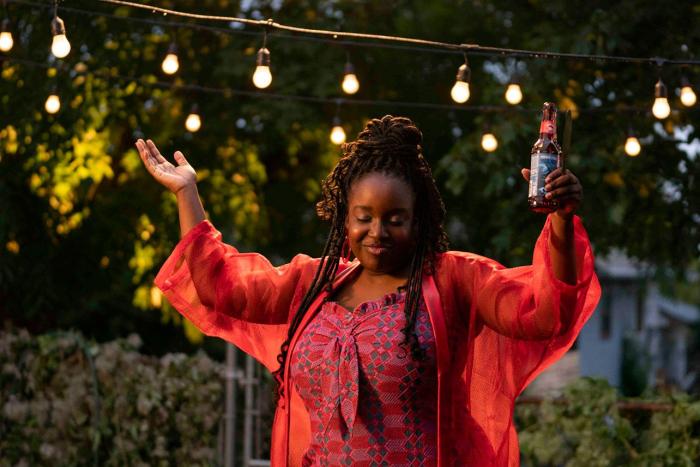 Elsewhere in the season, Fran (Lolly Adefope) has her own path to walk. After falling hard for Vic (Melanie Field) and realizing that they don’t have a future together, Fran decides that she wants to be single for a while. It is her own journey toward self-discovery, which is scary for her in its own way because Fran had always had someone to hook up with since she was 15 years old. Staying single and focusing on herself leaves a lot of room for self-reflection. Annie comparing her to Ryan back in Season 1 really stayed with her and she doesn’t want to be someone she doesn’t like.

In the season’s most emotional episode (for me anyway), Fran confronts her mother about being perceived as a disappointment to her family. It becomes especially clear that Fran isn’t the daughter her mother, Iyawa (Délé Ogundiran), had hoped she’d be. Iyawa even tells her sister that Fran is going to be a lawyer, lying to appease the family’s standard of doing something considered “worthy” of bragging about. As someone who’s often worried about disappointing my own immigrant parents for a myriad of reasons, the mother/daughter divide, the difference in ideals, and the effects it has on Fran cut deep. Fran’s confrontation with her mother is deftly handled and the episode shines a nice spotlight on both Fran and her family.

Ultimately, Shrill Season 2 is a bit less brave than Season 1, often taking a few steps back instead of boldly pushing forward, especially pertaining to Annie’s development. Still, there’s plenty to enjoy about the season, which is still incredibly joyful, fun, and thoughtful. However, it deigns to explore Annie’s new outlook on life and the steps she takes to empower herself, but is trepidatious about going all the way.

← Review: Guy Ritchie's 'The Gentlemen' is a Boring Slog of Racist Caricatures | Comparing Josh Thomas's 'Everything's Gonna Be Okay' To 'Please Like Me' →