Review: Guy Ritchie Goes Full Reactionary in the 'The Gentlemen,' a Boring Slog of Racist Caricatures Masquerading as Style

The thing about Guy Ritchie is that he used to be good once, and he isn’t anymore. I’ll defend Snatch until my dying day, and Sherlock Holmes was fun enough and had hot evil Mark Strong, and The Man from U.N.C.L.E. was legitimately enjoyable and deliciously stylish. But more and more, the slyness and the spryness of that film feels like an anomaly. King Arthur: Legend of the Sword was really a Robin Hood narrative shoved into a video game package; Aladdin was impressively Orientalist; and The Gentlemen is simultaneously boring as hell and racist as fuck. This movie is Ritchie going full reactionary, and it’s disappointing to see a murderer’s row of actors in a film that is so thoroughly uninteresting and whose themes are so obviously outdated. 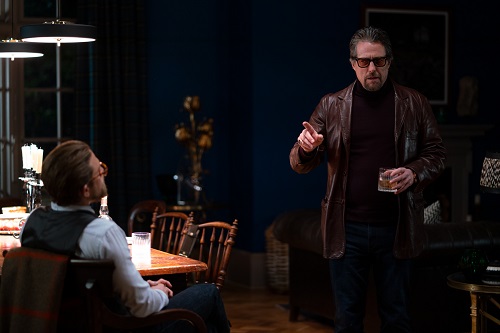 The Gentlemen plays around with linear narratives and meta storytelling by beginning with a sleazy tabloid journalist, Fletcher (Hugh Grant, wearing sunglasses indoors as character development), attempting to blackmail Ray (Charlie Hunnam, still hot but still a Jordan Peterson supporter, so I’ll try to contain my thirst). Amid a barrage of lewd come-ons (because I guess Ritchie thinks feigned homosexuality is hilarious), Fletcher tries to rattle Ray, the germaphobic second-in-command of Mickey Pearson (Matthew McConaughey, whose only British affectations are his array of driving caps and his use of the word “chaps”), one of the country’s largest marijuana suppliers and distributors. Fletcher wants a payout of 20 million pounds to keep a story about Mickey from leaking to the tabloids, and Fletcher has written it all down in a screenplay he’s titled Bush (a slang term for cannabis, how hip), and his recount to Ray of what he thinks happened to Mickey inserts us into the story.

With that frame in place, we get to the meat of The Gentlemen, which in typical Ritchie fashion is increasingly convoluted. Mickey, an American transplant to the U.K., has set up an underground marijuana network over decades of rubbing shoulders with the British gentry and the wealthy, and his business is in peak form. When he’s approached by the foppish Matthew (Jeremy Strong)—who also flirts with Mickey because this movie cannot get enough of homosexuality as a joke, and who is made Jewish just so this movie can include one line of dialogue about Mossad—Mickey decides to sell for $400 million. But then, with the deal not quite done, things start getting weird. A rival of Mickey’s, the younger, Asian Dry Eye (Henry Golding, wasted), attempts to make a counteroffer for Mickey’s business—and when Mickey brushes off the “young and foolish dragon,” makes threats against Mickey’s wife Rosalind (Michelle Dockery), a prototypical Cool Girl who caresses Mickey’s penis while cursing him out. She’s so empowered! And while Mickey is busy trying to figure out what Dry Eye is up to, one of his farms is also hit by a group of rapping teenagers (mostly of color) who are in a boxing club together and who make a viral video of their theft, much to the dissatisfaction of their coach (Colin Farrell), who decides to offer a favor to Mickey to make up for their actions. 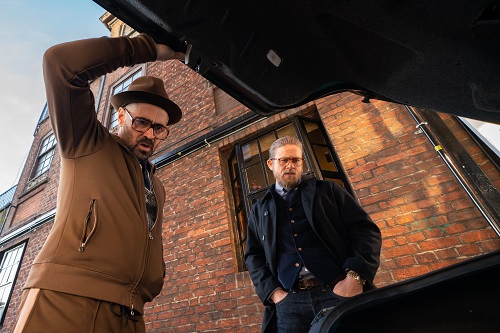 Nevertheless, everything seems to be spiraling out of control, and a number of other subplots continue to deviate the narrative from its primary question of whether Mickey will sell the business. There’s a sideplot in which Ray has to rescue one of Mickey’s wealthy friend’s daughters from a heroin den, a development that allows Ray and Mickey to both give big speeches about how weed is totally fine and how heroin is really bad and how therefore Mickey, as a white man, dealing marijuana isn’t really a criminal, but Asian men dealing heroin absolutely are bad people. (There’s no interrogation of this longstanding stereotype and no awareness of the worthwhile argument that Britain’s plunder of the natural world has led to increased drug production and trafficking in countries that have been negatively impacted by colonialism, but okay.) And if you were wondering to yourself, “Well, maybe Roxana is going over the top, maybe how The Gentlemen treats Asian men is fine,” this is a movie that also presents Asians as human traffickers and rapists, that mocks how they speak and how they spell, that makes fun of their myths and legends (“I know you lot love fables,” Mickey sneers at one point), and that describes them as “Chinamen,” a “duck-eating cunt,” and “yellow is their color.” It’s basically like Ritchie said to himself, “Oh, you thought Aladdin was low-key racist in its inability to tell apart different Middle Eastern cultures? Guess what, we don’t know shit about Asia, either, and we do love to do a racism!”

Other problematic shit: There is actually an argument here about whether the phrase “black cunt” is racist, the kind of scene that feels like Ritchie is flagrantly thumbing his nose at the audience, and yeah, there’s an unnecessary rape scene, because the only way to make female characters matter is to have them in sexual danger. And honestly, putting aside all that shit, is any of this even enjoyable? Not so much. Hunnam is not Jason Statham nor Brad Pitt, whose charisma were able to carry Ritchie’s overly complex plots; his character is basically a buttoned-up accountant, and he’s miscast for a movie that relies on his physicality only once. McConaughey never disappears into the role of Mickey Pearson; my man is basically just doing another Lincoln commercial. I adore Jeremy Strong on Succession, but you can tell what his self-satisfied dandy character is up to from the very beginning. The only person who really comes out of this looking OK is Farrell, but his character is essentially a white guy trying to keep brown kids off the street and out of crime … who then enlists those very same kids to help him with various crimes. Farrell seems like he’s having a good time, and we know from Horrible Bosses that he can easily sell scumminess, but his coach character is the only one who feels like a vintage Ritchie creation—like he has some sort of heart underneath all that ignorant bluster. Everyone else, well. I don’t know what reactionary Kool-Aid Ritchie is sipping on, but The Gentlemen is soaked with it, and it’s a goddamn mess.