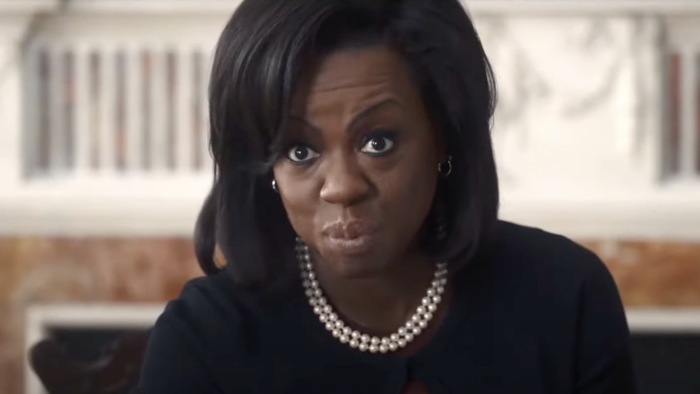 Showtime's Lackluster 'The First Lady' Is a Profound Misuse of Talent

I was intrigued by the idea of a series that explored the lives of women who are so often reduced by history to one-dimensional figures, and I expected the powerhouse actresses featured in The First Lady to bring life to those characters. Unfortunately, the Showtime drama mostly serves to reinforce existing historical caricatures, and while it doesn’t exactly waste the talents of Viola Davis, Michelle Pfeiffer, and Gillian Anderson, it certainly misuses them.

The premise is ripe for possibility — an opportunity to get to know Eleanor Roosevelt, Betty Ford, and Michelle Obama more intimately — but the series never digs beyond the surface. It’s as though the writers decided to find a personality trait in each of the characters and build their arcs around those instead of the women themselves: Eleanor had a mind of her own; Ford struggled with addiction; Obama sought to carve out a career separate from her husband’s only to see it subsumed by Barack’s political ambitions.

Eleanor Roosevelt’s storyline might be marginally more interesting than the others, if only because I knew least about her going in (I did not realize, for instance, that she was Teddy Roosevelt’s niece and therefore a Roosevelt even before she married). Eleanor is determined to speak her mind, even if it doesn’t always benefit Franklin’s political career. She is fiercely independent, although she can still be cowed by Franklin’s mother, who demands — for instance — that Eleanor and Franklin remain married when Eleanor discovers her husband has been having a years-long affair (Eleanor agrees, but tells Franklin that she will never sleep in the same bed with him again). We do not get a particularly good sense of her interior life, however, beyond what seems to be a romantic interest in women. It feels more like the director’s cut of a Wikipedia entry, and Gillian Anderson’s performance gets lost beneath the wigs, prosthetics, and her insistence on maintaining the exact same glum expression regardless of the situation.

Viola Davis, likewise, too often reduces Michelle Obama to a series of distracting affections I didn’t even realize existed in Obama until Davis zeroed in on them. I love the Obamas, but they’ve always stood an arm’s length from the public (for obvious reasons), and The First Lady doesn’t do much to close that gap beyond giving Barack and Michelle the occasional profanity to deliver, as though hearing Michelle or Barack say “sh*t” or “f*ck” provides us with a better insight into who they are. It doesn’t help, either, that when they argue about whether Barack should run for President or not, we already know the outcome.

Pfeiffer acquits herself the best of the three as Betty Ford, but much of that is because her performance is less of an exaggerated version of her real-life counterpart. Unfortunately, she’s dragged down by a Lifetime movie story arc about her problems with pills and booze. After five episodes, the only thing I really know about Betty Ford is that she didn’t initially want her husband to be President, she drank a lot, and when she was drunk, she liked to hang out with the maid.

Nothing in the show is helped, either, by the fact that there are very few thematic similarities between the stories of the three women in each episode, and the series bounces back and forth between timelines from episode to episode and there’s no real rhyme or reason for how the episodes are arranged. We see Obama, for instance, hire her Chief of Staff in one episode, and three episodes later, we see her meet that woman for the first time. The lack of a consistent throughline not only robs the series of any dramatic tension but also deprives it of a climactic endpoint. It feels like an assortment of moments from the lives of these women randomly collected and cataloged into episodes by year and then aired in random order.

← Review: Christina Ricci's 'Monstrous' Needs More 'Get Away from Her, You B*tch' Energy | Ezra Miller Arrest Video Is As Bizarre as You Expect →