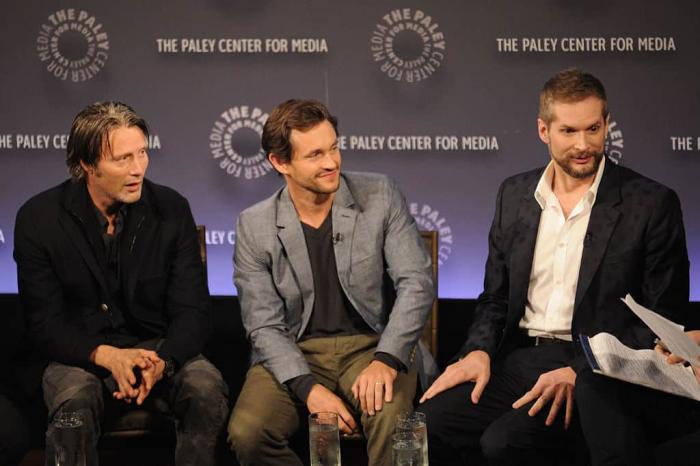 I believe the children are our future. Sure, I don’t understand Gen-Z in any shape, way, or form, and their extreme proficiency of the internet scares me a bit, but sometimes the young ‘uns do something so cool that you feel comfort in the security of our species’ future.

Take Kathleen Palmer, a Senior at Shawnee High School in New Jersey. She’s a talented artist who works with oil paints in a Cubist style. She submitted a piece called ‘Dolce’ to the Congressional Art Competition for the chance to see her work on display at the U.S. Capitol. And she won. Her school and local Congressman were very excited to share the news. I’m not sure they entirely understood why certain subsets of fandom lost their minds at the reveal.

Kathleen Palmer, Senior, submitted her Cubism painting to the Congressional Art Competition. She based her Cubism style painting off a television show she’s currently watching. Kathleen WON - Her painting will be on display at the U.S. Capitol - AMAZING! 💙 #lrhsd #shawneefamily pic.twitter.com/oOLIVt1hyH

I'm proud today to announce that Kathleen Palmer, a senior from Shawnee High School in Medford, is the winner of the Congressional Art Competition from our district. Her artwork, which you can see below, will now be displayed in the U.S. Capitol. pic.twitter.com/j7SlrDxsEd

This is legitimately amazing, hilarious, and super encouraging. The much-loved NBC series, which has been off the air since 2015, has long commanded an extremely dedicated fanbase with some serious artistic skills. Take a gander on Tumblr to see just how gorgeous it is. Hell, I have some hanging on my door! And Palmer’s piece is just stunning. Even if you didn’t know it was depicting the hottest cannibal murder husbands on network TV — and I would hazard a guess that the judges didn’t — it’s beautiful on its own merits. The added context simply makes it all the more delicious.

This isn’t the first time that winners of this competition have taken inspiration from pop culture. Another New Jersey artist, Hyeri Chung, depicted health care workers fighting the COVID-19 pandemic alongside Captain America. What a great victory for fan art. Why shouldn’t it be considered as legitimate as the other stuff?

Hannibal showrunner Bryan Fuller was delighted by the news, which means it probably won’t be long before Hugh Dancy and Mads Mikkelsen know as well. Hell, noted Hannigram fic reader Mikkelsen probably has this image as his screensaver.

So go forth, Kathleen, and be proud of your work. And maybe drop your Ko-Fi details so we can throw you a few quid. And also set up a Redbubble page so I can have this print.

Let’s all enjoy the image of smarmy homophobic Republicans having to work in the same place as murder husbands fanart.