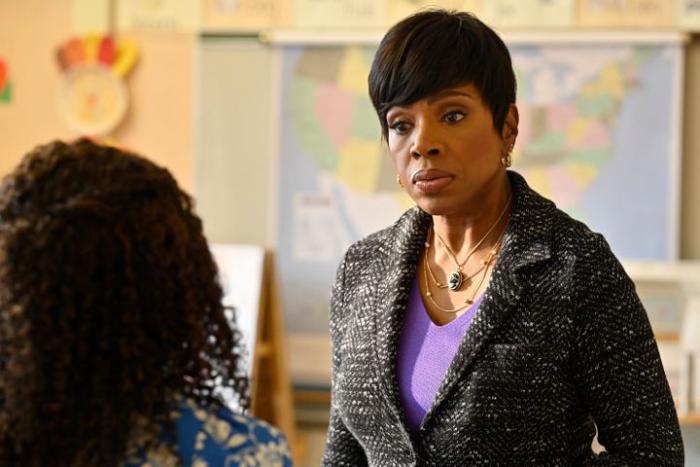 There’s a reason why you’re clicking on this article, and it’s not to hear more about the Quinta Brunson/Jimmy Kimmel sort-of controversy. It’s not really a controversy because Quinta Brunson and Jimmy Kimmel are friends, and she wasn’t particularly bothered by the fact that he was lying down next to her pretending to be passed out as she delivered her Emmy acceptance speech. It is a controversy, however, because the Internet is mad at Jimmy Kimmel for stepping on Quinta Brunson’s moment.

The real reason you clicked on this is because you hear it, don’t you? I can hear it: The sound of Sheryl Lee Ralph — as Abbott Elementary’s Mrs. Howard — scolding Jimmy Kimmel. “Oooh, the Disrespect.”

“I didn’t know what was going on,” Sheryl Lee Ralph said, according to The Hollywood Reporter. “I was like, I wish he’d just get up off the ground. Then I realized it was Jimmy, and I was like, Ooh, the disrespect. I love Jimmy Kimmel, but I’m sorry. I told him to his face, and he understood.”

Out of anyone else’s mouth, “Oooh, the disrespect” probably doesn’t ring many bells. But out of hers? You can feel it, can’t you? The red-faced shame? The embarrassment? The desire to quickly do something to make Mrs. Howard proud of you again? And Ralph told him to his face! Please God, never allow me to put myself in a situation where Sheryl Lee Ralph upbraids me for being an asshole.

Meanwhile, Quinta Brunson has spoken to Kimmel since the telecast — she has no hard feelings — and she will appear tonight on Jimmy Kimmel Live, where she will almost certainly give Kimmel the business. It will probably fetch Kimmel the best ratings he’s had in months.