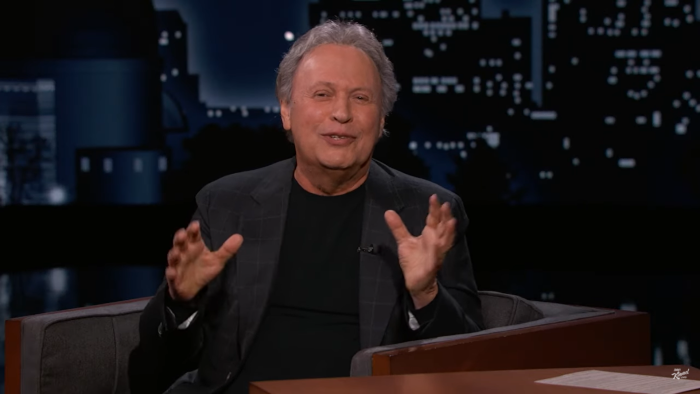 Few people represent the wonders of show business to me as much as Billy Crystal. He’s someone who can do it all. Singing, dancing, comedy, drama, mime; nothing is off the table for the long-time entertainer. But age comes for us all. Billy is older now and hasn’t been as active in recent years. Part of that was due to COVID. But, aside from a role here and there, he has stayed relatively under the radar. Now he has emerged, and I want more.

Crystal will be leading a Broadway adaptation of his movie, Mr. Saturday Night. To promote it, he stopped by Jimmy Kimmel: Live and gave an effortlessly entertaining interview. Recently, I mentioned how good of a talk show interviewee Hailee Steinfeld is. I stand by that. Hers is a different kind of interview, though. Now, it’s about being likable and “normal. That’s more par for the course in the current late-night landscape. There was a time, though, when all that mattered was the story you told.

Billy Crystal is full of stories. Stories that are practiced, yet still feel off the cuff. Stories about other celebrities and the magic of Hollywood and Broadway. His are the kind of stories that keep the allure of show business buzzing like nothing else. Somehow, he makes things like meeting Henry Kissinger or spending time with Muhammad Ali feel like normal, attainable occurrences. It’s a true gift.

I could watch Billy Crystal spin yarns for hours. Unfortunately, this interview is only seventeen minutes long. This isn’t nearly enough time with this legendary performer. But I’ll take every last second I can get.