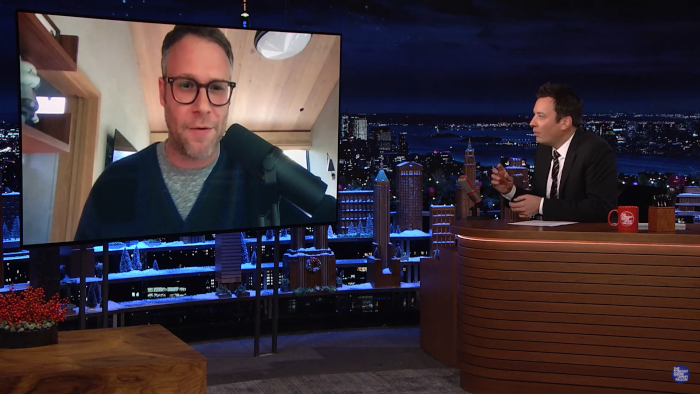 Some stories just make sense. No one should see the headline of this article and feel confused. Actor, writer, director, and weed entrepreneur Seth Rogen recently appeared on The Tonight Show with Jimmy Fallon. In his interview, he told a story about getting high with his wife and going to an Adele concert. It should have been a normal night, but Rogen didn’t realize that the concert was being taped or that he and his wife were in the front row.

Even if the story makes sense, hearing Rogen tell it is the fun part; Which also makes sense. Not only has Rogen spent most of his life telling stories, he recently started a storytelling podcast, which I highly (nailed t) recommend, called Storytime with Seth Rogen. The dude can spin a yarn. What should be a simple story of a misunderstanding turns into a delightful look into the mind of one of our most affable celebrities.

It should also come as no surprise that Fallon is his usual, enthusiastic self in this interview. Look, I know people aren’t the biggest fans of how he carries himself. Personally, it rarely gets in my way. Does he always come across as the most sincere? No. But sincerity and hosting a late-night talk show are not indelibly linked. I appreciate that Fallon always seems like he loves whoever he is interviewing, even if I don’t always buy it.

Seth Rogen gets high. Adele sings well. Jimmy Fallon laughs a lot. These are not new or surprising revelations. But, when they are mixed, they become one of the more entertaining late-night stories I’ve heard in a while.

← RIP Roe vs. Wade (Thanks to Susan Collins) | Colton Underwood Admits He Came Out Because of His Ex-Girlfriend's Restraining Order →