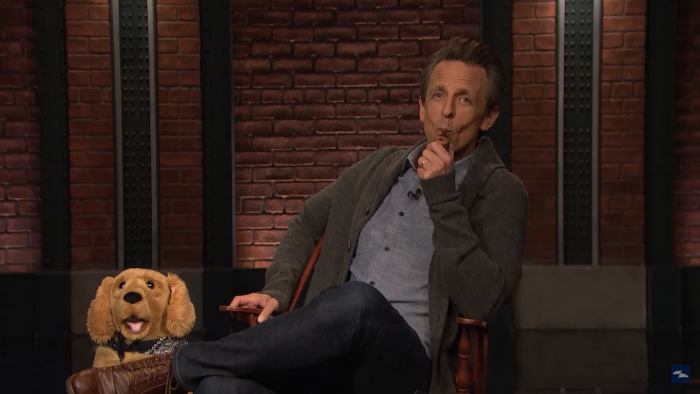 Following news can be overwhelming. It feels like so much happens all at once. Sometimes, you just want to sit back and reflect. Sure, things are hectic now, but they didn’t use to be that way. Or, maybe they did, and it just feels better to reminisce than to live in the evergrowing hellscape that is the current world in which we live.
All that to say, there was a new edition of Back In My Day on Late Night with Seth Meyers!

In this segment, Seth reflects on how things “used to be.” He’ll go back as long ago as when he was a child, and as recently as 2019. It’s a pretty stellar segment that is filled to the brim with dad jokes. That may be why I like it so much. To be clear, they are good dad jokes. Even at their most groan-inducing moments, every joke elicited laughter from me. That’s all we can ask for, right?

It does help that we are in a particularly bananas news cycle. If you told me three years ago that Elon Musk would be buying Twitter after all three actors who played Spider-Man starred in a Spider-Man movie together I would have said, “That sounds crazy! Does anything else happen in the next three years?” At which point I would slowly start crying and freak my younger self out.