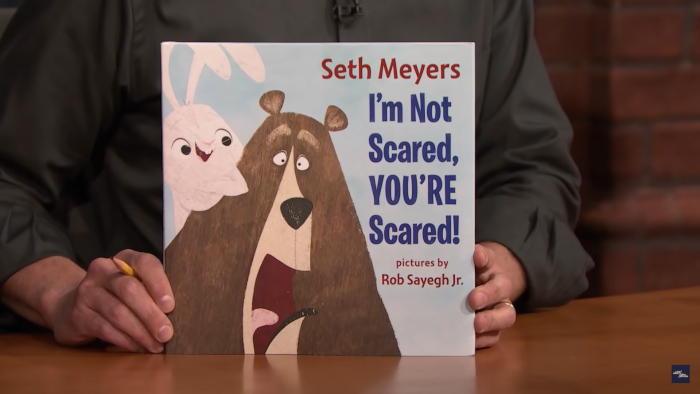 Seth Meyers Clarifies That His Children's Book Is Not A Joke

We all know the story of the boy who cried wolf. Well, recently, Seth Meyers became the boy who cried book. The host quickly claimed to have written a children’s book during one of his A Closer Look segments, and people laughed. They thought it was a joke. Heck, I saw that A Closer Look segment, and I thought it was a joke, too. The cover is so silly! It turns out that Meyers couldn’t be more serious.

It’s not wrong to assume it was a bit. Meyers is often creative in his jokes and running gags. I wouldn’t put it past him to develop a whole book just for a gag. Even the way he presented it, with his lightning-fast cadence, seemed like one of his jokes. The cover, featuring a bear and a rabbit, looks just like what you would expect a joke cover to look like. That said, now that I know it’s not a joke, it’s perfect.