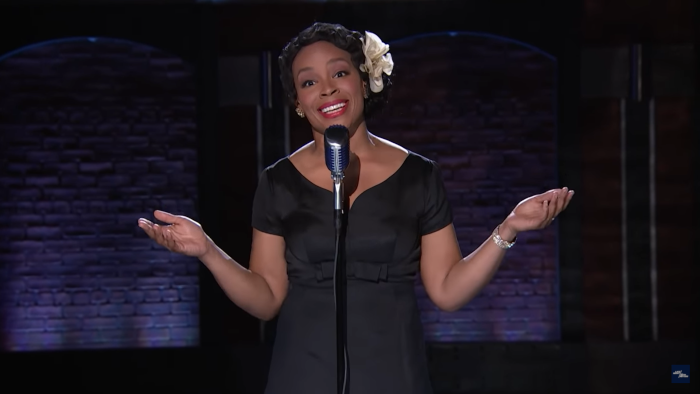 Not long ago, I had a discussion with an old friend on Twitter. I call it a discussion because we disagreed but didn’t end up yelling at each other. He was mad that people who were pushing for people to get vaccinated were also joking about the pandemic. To him, if people were making jokes, their calls for vaccination shouldn’t be taken seriously. As someone who was doing both of those things, I explained that the joking came from a place of helplessness. Plenty of people had firmly decided that they would not get the COVID vaccine. I can’t force it on them, so instead I, and many others, attempted to make light of the situation. The same can be said for Amber Ruffin and Seth Meyers’s response to the Buffalo Mass Shooting.

In a new episode of Late Night with Seth Meyers, the host gave an impassioned plea, as he often does. He felt compelled to address the shooting, even if he may not be the best person to do so. In Meyers’s mind, an 18-year-old should not be able to easily purchase an assault rifle. A cable news host should not be able to foment white supremacy in their opening monologue. He’s right (as far as I’m concerned). However, we can’t force either of those things to change. This ushers in the next part of the segment: Amber Ruffin singing a song.

Like most songs that Amber sings, this one is delightful. It’s a parody of the 1947 Peggy Lee hit It’s A Good Day, albeit with updated lyrics. The new version includes telling racist motherf***ers to shut up whenever they decide to spout racist s***. It’s very catchy and illustrates my point. Amber is frustrated and there’s only so much she can do. So, she does what she can to make the situation feel lighter.

Comedy can be an effective defense mechanism. It provides comfort and laughter. Even when used to address something directly, it provides a distraction. For the moment, that’s all some people have.