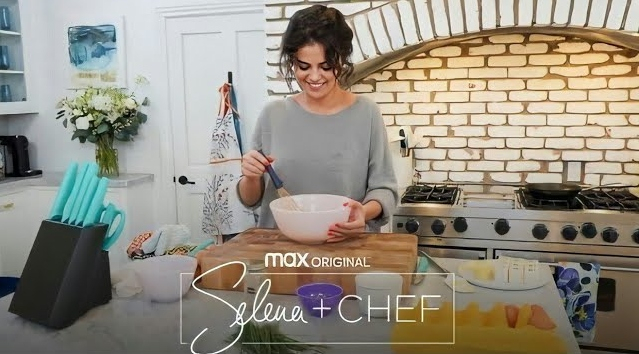 When it comes to cooking, I was a latecomer as far as proficiency was concerned. I struggled for years with anything beyond a few staples. There were a number of … incidents. Few successes. I would quit for some time after declaring myself hopeless, only for my love of food to soon convince me to give it yet another try. It wasn’t until my mid-thirties that I could say the words “I can cook” without feeling like a charlatan.

Despite the fact that my repertoire has expanded considerably since then (I make a damn fine chicken tikka masala, if I do say so myself), there’s a lingering timidity; if a recipe offers one too many new ingredients or an untried prep/cooking technique, I’ll scroll right on by, regardless of how delicious it may seem. Far better for me to watch someone go through the process so I can get a grasp on it, which means I’m always keeping an eye open for better, more accessible resources to provide more cooking options.

All of this to say that when I was scrolling through HBO Max a couple weeks back, I did a ‘confused dog head tilt’ at one title in particular: Selena + Chef. For one thing, HBO getting into the cooking show game is markedly different territory for them, though it’s a rather clever move for a company trying to expand its range of original content as quickly as humanly possible. However, unlike most cooking shows, this one has a fairly unique angle: Pop star Selena Gomez is not here in a “my secret talent is cooking” (à la Chrissy Teigen) capacity. No, Ms. Gomez operates essentially as an avatar for inexperienced cooks who want to learn a few things beyond the basics. By her admission she’s “not the best cook,” but her fascination with cooking, combined with lockdown in the wake of the pandemic, meant that 2020 was the year to get one-on-one lessons with various professional chefs from the comfort of her (palatial) home.

Although I have zero interest in COVID-related programming, its only real influence is felt in the show’s format, in which the guest chef and Selena cook together (with her receiving real-time instruction) while in lockdown. Because this sort of distance learning existed prior to the pandemic, it actually ends up feeling pretty natural, especially since I find that learning how to cook in one’s own kitchen tends to be more conducive to the learning process, as opposed to someone else’s kitchen or a commercial one, which is one of the drawbacks I’ve found to group cooking classes. The chefs are all peak professionals, with well-known names the likes of Curtis Stone, Aarti Sequeira, Marcus Samuelsson, and José Andrés (oh my God, what a marshmallow of a man). Depending on time/labor, each episode averages about two or more recipes, with links provided on the HBO Max site for anyone who wants to try it at home.

The coolest thing about the show is how accessible most of the directions are. Cheese souffle, spicy miso ramen, gumbo; so many dishes that I wouldn’t have considered within the scope of possibility actually appear somewhat attainable when watching these chefs explain both what ingredients are needed and exactly how to handle them. It’s not that difficult to demonstrate how to cook a dish, but anticipating potential pitfalls is another skill entirely; reaching professional status, by definition, means one is no longer susceptible to amateur mistakes. That’s exactly what makes this show work so well: the instructional efficiency comes from the fact that Selena is so inexperienced—at times to the point of danger, like episode one of season two, when she’s whisking a meringue over a double boiler with an electric hand mixer WITH THE CORD DRAPED ON TOP OF THE HOT STOVE, OH MY GOD, DEAR CHILD, WHAT ARE YOU DOING? I’m not exaggerating when I say that at least once an episode I found myself wincing or outright yelling over her shakily cutting vegetables towards her fingers or trying to blow out one of several fires that occurs throughout both seasons (a fire in season one reminded me very much of an incident in my twenties that involved an oven, some burning cheese bread, and what I later discovered to be the phenomenon known as “backdraft”). There’s a stumble or mishap of some sort in each episode, which, for me, is actually very refreshing—when Selena isn’t risking life and limb, of course—when compared to the decades’ worth of cooking shows that run on the formula of flawless cooking procedure, with a few notable exceptions, such as Julia Child, who was famous for telling audiences it was okay to fail. Watching Selena Gomez have to adjust her technique and adapt to mistakes makes for a surprisingly effective method of learning.

I would be remiss if I didn’t take a moment to talk about her kitchen. Situated in her L.A. mansion, it’s roughly the size of a half-decent New York City apartment. It’s clearly been outfitted by a designer who never passed along the memo of where anything is, as Selena spends a quarter of the time trying to figure out where stuff is. Of course everything is fancy as hell, from the kitchen arrangement like her huge gas range (complete with griddle) and that sickening dual island setup, to her sporting equipment like Le Creuset cookware in a variety of colors and her now-famous set of Marco Almond rainbow knives. I would honestly just be happy with the giant butcher block she does all of her chopping on. I am, however, utterly haunted by the wine opener that she has to pull out in season one, episode nine, which looks like a higher-end version of this one here. It literally made my jaw drop, as I’ve never seen anything like it and can’t imagine why anyone besides a winery would own such a flat surface hog. But despite the opulent setup, there are really no recipes that involve any device or tools that aren’t found in the average home kitchen.

One of the nicest aspects of the show is that in exchange for their time and expertise, $10,000 is donated to the chef’s choice of charitable organization each episode. It’s a nice gesture and provides valuable funding for a variety of organizations such as City Harvest and Harlem Grown. It’s reported that Selena + Chef has raised $360,000 (Source: People) total thus far. Not bad for a light-hearted cooking show.

I’ll be honest, it’s easy to start the show feeling a bit cynical watching a multi-millionaire struggle with using her designer kitchen. However, once I regained my sense of compassion, I came to the conclusion that it’s actually gutsy as shit to struggle (and fail) so spectacularly in front of such a mammoth audience. I know this, because as someone with deep perfection issues — which is really just anxiety cloaked in ambition — I’ve been known to have full-blown meltdowns over less-than-successful cooking attempts.

Coincidently, as I worked on this review, I spent the evening trying to make Hokkien noodles with chicken and shrimp only to have it be a bust. After having my disappointing meal (how can meat wind up with only a whisper of flavor after what felt like a gallon of soy and oyster sauce was poured on them, HOW, I ASK?), I sat down to write. As I took my notes, I couldn’t help but smile while watching Selena absentmindedly dunk about a half-pound of chicken sausage from mid-air into an already-full pot of boiling, lava-like gumbo or watch her try to discern between a tablespoon and teaspoon. Although some of her tendencies may cause the occasional eye twitch—real talk, in episode one of season two, when Curtis Stone instructs her to cut a beautiful loaf of bread lengthwise, Selena cuts hers so comically uneven that it made me scream in horror—it all winds up being surprisingly endearing. With her first Spanish-language album, Revelación, coming out this March and her beauty line, Rare Beauty, seemingly doing well, it’s difficult to say if a season three is likely. I honestly hope so, if for nothing else then to remind me that beautiful things are possible in the kitchen as long as one keeps trying.

The final two episodes of the season premiere on Thursday, February 4th, 2021. All other episodes are available to stream now on HBO Max.

Kaleena Rivera is a film and television writer. When she’s not dying of jealousy over Selena and friends enjoying Chef Jose Andres’ Spanish tapas, she can be found on Twitter.

← Review: 'Coming Home in the Dark' Is So Scary It Literally Knocked Me Off My Seat | You Can Learn Everything You Need to Know About GameStop From 'Trading Places' →