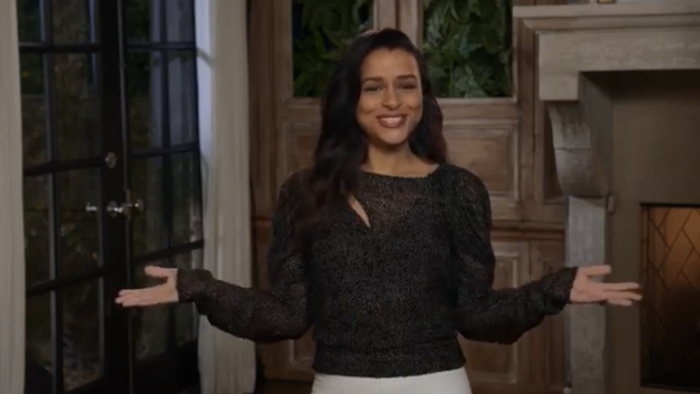 The famed TikTok Trump Lip Syncer (and, depending on who you ask, the reason for Trump wanting the app banned) guest hosted Jimmy Kimmel: Live last night! Kimmel decided to take the summer off to spend time with his family and instead invited a bevy of guest hosts to take his place. Last night he invited Cooper and honestly this is the feel good story we need right now.

Sarah Cooper rose to fame during this pandemic by hilariously lip syncing to the president’s press conferences and interviews and putting them on social media. Here’s a classic:

As Cooper states in her opening monologue, she began the year in relative obscurity, performing “a late night set at a pizza place in Jersey City.” To watch her rise to fame has been a bright spot in a … dreary time. Here’s hoping we see even more of her. Both for her sake and because watching her videos is the only way I can listen to the Trump talk without cringing.