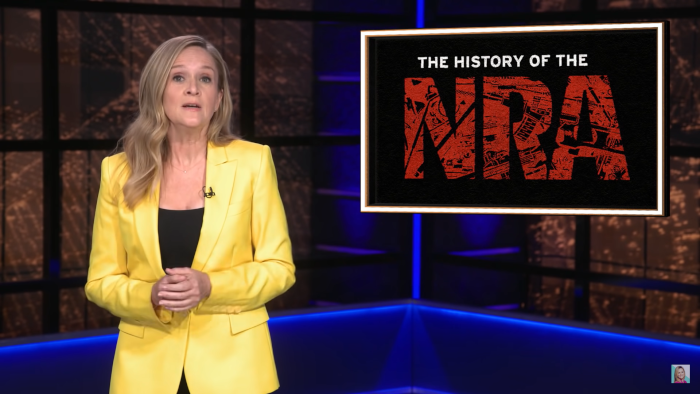 The NRA wasn’t always all bad. That doesn’t excuse any of their current ghoulish, murderous behavior. However, at one time they were just a group of former soldiers who would rather shoot guns than go to therapy. Men don’t change, y’all. Over time the organization became heavily politicized. The transformation was spearheaded by an outsider who convinced his followers to all wear the same garish hats. If this sounds familiar it’s because everything is terrible, and time is a flat circle of awfulness!

On the latest episode of Full Frontal with Samantha Bee, the host dove into the storied past of the NRA. I’m well versed enough to know some of the details she presented, yet many were still surprising. It’s no shock that the group had humble beginnings. I wasn’t surprised to learn that one man was able to push the party into political activities. No one should be surprised that the group was in favor of gun restrictions when it came to Black people owning them. The surprising thing is that they supported gun restrictions at all. 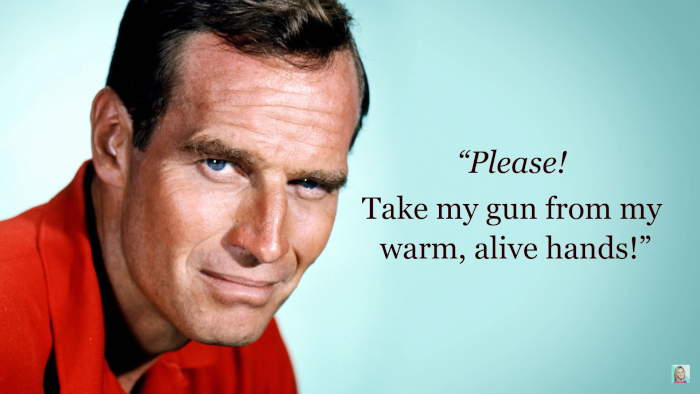 OK, I should clarify a couple of things. I only referred to Heston as a “former” NRA member because he is dead and in the ground. As far as I’m aware, coffins don’t come with skeet shooting ranges. Also, no that is not a real quote. In fact, wouldn’t it be a shame if people started sharing it online like it was? I would never condone such behavior, but I can’t stop alive Americans from exercising their rights!

The NRA is a cesspool that is not going away anytime soon. People like Wayne Lapierre survive well into their hundreds by feasting on the blood of innocent children (again, not true, but I can’t stop you from believing). We can only look at their history. We can hope that some of them return to a time when Charlton Heston went door to door collecting guns from citizens in an attempt to curb mass shootings. “Take my guns, Hesty Boy,” they all said!

I won’t tell you if that one is true.

← Hulu's 'The Princess' May Be the Next Generation's First R-Rated Movie | Under the Banner of White Men: The Constitution, the NRA, and the Biggest Lie We Were Ever Told →