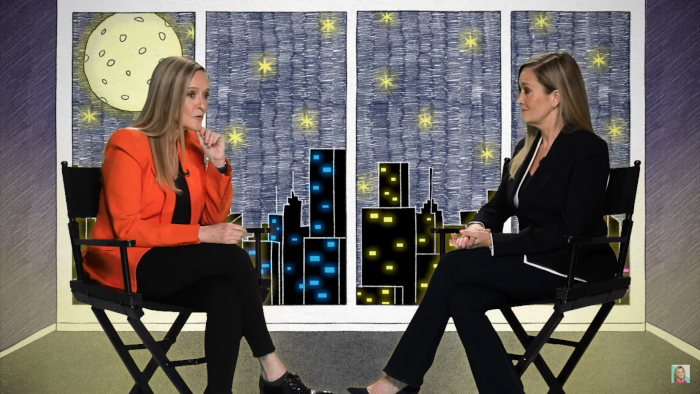 Samantha Bee Interviews Herself About Her History In Late Night

I love a good DVD/Blu-Ray extra feature. I especially love behind-the-scenes extras. As someone who has always been interested in the How and Why of entertainment, seeing creatives discuss their work is essential. Not only do I learn but I also become privy to fun stories and anecdotes. I leave feeling inspired as well. It makes things seem more achievable. Watching these interviews is even more exciting when it’s someone I admire and respect. Samantha Bee is one of those people.

As a bit of an extra for her show Full Frontal, Bee has started a series called Once Upon a Time In Late Night. In it, she’ll talk to members of her show about their late-night experiences. What better way to kick it off than by talking to herself? After all, she started on The Daily Show in 2003 and has been a welcome fixture in late-night ever since. Seeing her discuss even a smidge of her time in the field is worth its weight in gold.

Already you start the segment in a net positive manner. You get two Samantha Bees. You’d think because she’s talking to herself that the segment would be played for a joke. Quite the opposite! Yes, there are jokes, especially in regard to there being two Sams. However, the purpose of the segment is to be reflective and informative. She accomplishes both purposes with aplomb.

The behind-the-scenes details are fun and informative. Being a straight man, there are some things I just don’t know. Hearing Bee say that Conservative men were more apt to talk to her when she was pregnant is crazy. It’s painfully obvious now that I’ve heard it, but crazy nonetheless. I also love when I can learn any new lingo. So, hearing Bee refer to Man On The Street bits as “MOTS” was exciting in a nerdy way.

← All Your Favorite Shows Will Be Canceled: A Bloodbath at CBS and The CW | 'Better Call Saul' Episode 5 Recap: Leon Spinks →