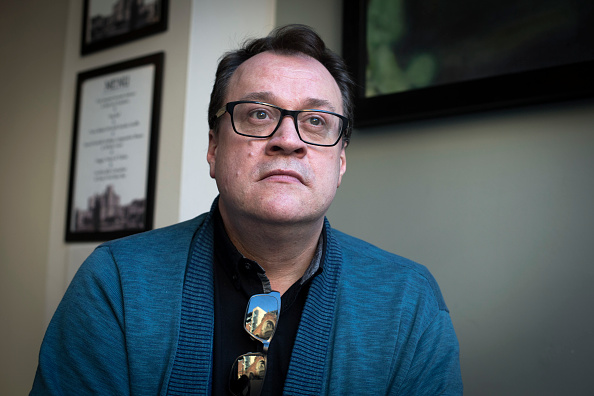 Russell T. Davies Is Exactly Who 'Doctor Who' Needed Again

It’s hard to imagine being that excited about the return of a middle-aged white guy as showrunner of Doctor Who 15 years after his first stint as showrunner, but that’s exactly where I am with this latest announcement. The BBC has brought back Russell T. Davies to run the series for the 60th Anniversary of the show and beyond, and I am thrilled.

I’m thrilled because RTD is not only responsible for the best 5-year run of the nuWho — with Christopher Eccleston and David Tennant playing the 9th and 10th Doctor — but because he brought to the sci-fi series hugely successful season-long arcs and an incredible sense of romance. The Doctor and Rose remain my favorite pairing over the course of the series, in part because they fell in love. And that love was wistful and heartbreaking and magical.

Russell T. Davies brought Doctor Who into a new era, and it feels like Stephen Moffat and Chris Chibnall have only been building upon what RTD established since then (with mixed success, charitably). Imagine what Davies can do now, in 2022. He can reinvent Who again. The guy who created Captain Jack Harkness, who is responsible for Queer as Folk and It’s a Sin, the guy who trashed Loki for its ” ridiculous, craven, feeble gesture” toward queerness can tell the “vital” stories he wants to tell because popular culture has finally caught up to Davies.

“I think that’s a very great worry. Loki makes one reference to being bisexual once,” Davies said earlier this year, “and everyone’s like, ‘Oh, my God, it’s like a pansexual show.’ It’s like one word. He said the word ‘prince,’ and we’re meant to go, ‘Thank you, Disney! Aren’t you marvelous?’”

But Davies, now in control of one of the most popular properties on the planet, can go further than “one word.” He can give Doctor Who meaningful LGBTQ+ representation not just in a companion or a side character but in the Doctor themself. He also has a stable of young actors to pull from in It’s a Sin (like Lydia West, also in Davies’ Years and Years), or another Years and Years alum, T’Nia Miller, with whom Davies has also worked on two other series.

In re-relaunching Doctor Who, Davies can also bring back Torchwood, and expand the Doctor Who universe, a wish that he expressed earlier this year. “There should be a Doctor Who channel now. You look at those Disney announcements, of all those new Star Wars and Marvel shows, you think, we should be sitting here announcing The Nyssa Adventures or The Return of Donna Noble, and you should have the Tenth and Eleventh Doctors together in a 10-part series. Genuinely.”