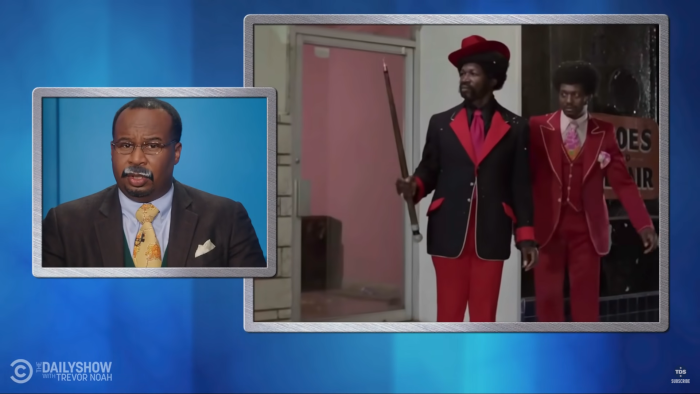 Another Shocktober has come and gone. With every passing year, it feels like my favorite month gets shorter and shorter. The general public stops talking about spooky things and instead shifts focus to the holidays. It can be a real bummer. However, just because everyone else moves on from horror doesn’t mean I have to! Nor does Daily Show correspondent Roy Wood Jr.!

Roy Wood Jr. has a recurring segment on The Daily Show called CP Time, where he dives into African American History. Much to my delight, his recent edition of this segment focused on the history of Black people in horror movies. This may come as a surprise to some, but Black people’s relationship with horror isn’t just a simple stereotype of getting killed early and often.

I’m a half-white/half-black man who grew up loving horror. I still love it. Growing up, I had to go to great lengths to find horror movies that featured people who looked like me. It was a different time, of course. But, it still makes me happy to know that young people like me who are alive now won’t have as hard a time. Topics like Black influence on horror movies are a bigger part of the conversation now. Some tools exist that make finding movies like these even easier.

Wood Jr. doesn’t get into too much detail on the history of Black horror. There’s only so much you can cover in four minutes. Think of this video as an introduction. However, if it interests you, there is a more extensive documentary on Shudder called Horror Noire: A History Of Black Horror that I can’t recommend enough.