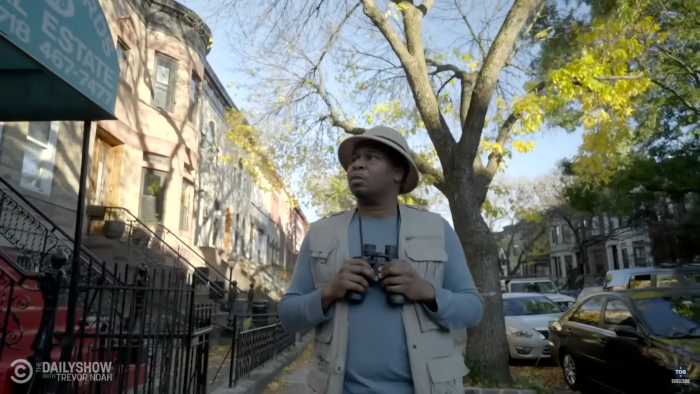 Roy Wood Jr. Examines The Effect Of Gentrification In Brooklyn

In February of 2009, I moved out of my AMDA dorm room. My next destination was a railroad apartment in Brooklyn, New York. I shared it with six other people. For $300 a month, I lived in what was supposed to be an office, complete with a heating pipe that would regularly turn my room into a sauna. At the time, it was more than ideal. I didn’t make a lot of money. The little I did make needed to be spent on Colt 45. It was my home for a year until the neighborhood started to get too expensive. What I didn’t realize at the time was that I was part of the reason why.

In a recent segment for The Daily Show, correspondent Roy Wood Jr. visited Brooklyn. His mission was to view the effect that gentrification was having on the historically Black borough. The answers from longtime locals were uniform. Basic needs become less affordable. Established residents feel ignored by their new neighbors. The new neighbors in question will make calls to 311 instead of just addressing things directly. The community feels less connected than ever.

You can see these effects not only in Brooklyn but all across NYC. In my neighborhood of Washington Heights, mom-and-pop stores are closing frequently. In their places are Chick-Fil-A and Target. Along with those chains come skyrocketing rents. Rather. Rinse. Repeat. There is an argument to be made that these newer stores are beneficial. The question then becomes: beneficial for who?

It doesn’t help that New York has a history of mayors who love gentrification. You can see it now with Eric Adams. He is a former (and let’s face it, current) police officer who would rather dance in a nightclub with Cara Delevigne than do anything meaningful with his position. He ignores “problem areas” in the city, then laments the fact that they even exist. Instead, he pushes new, high-end stores that bring in wealthier residents. He is not the first mayor to openly court gentrification, and he certainly won’t be the last.

For now, we can only hope that the people doing the gentrifying understand that they can live peacefully with their new neighbors. It’s a long shot, but it’s the only shot a lot of the residents have. Unless they decide to move to Florida. Whatever happens then is on them! I’d take ten dollars for hemp milk over sidewalk lizards and Ron Desantis any day.