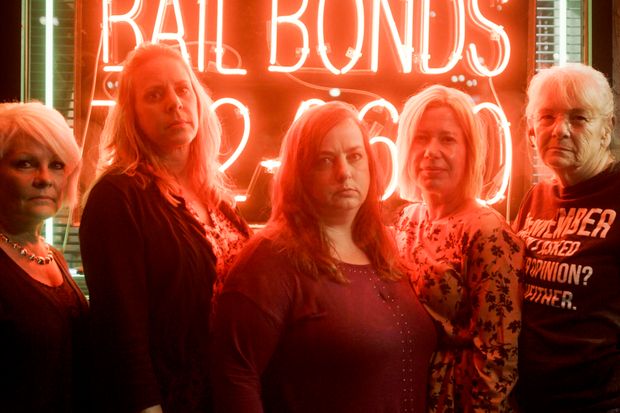 Watching the four-part documentary miniseries Love Fraud (airing Sundays on Showtime), one might have a difficult time imagining how a con man like Richard Scott Smith has so much pull over so many women. He is not a particularly good-looking man, and the lies and schemes he sells would be easy to sniff out for anyone with even a barely functioning bullshit detector.

Yet, Richard Scott Smith has been married at least ten times (occasionally, to more than one person at a time), and he has scammed dozens of women, who he often dates two or three at a time. He wines and dines women in fancy establishments like, uh, Applebees and quickly secures commitments from these women, who give Richard Scott Smith access to their bank accounts (or their husband’s 401k plans). He also often promises these women that he’s about to come into a large legal settlement, but then he quickly drains their bank accounts and moves on to the next female victim in line.

It’s almost impressive how effective and efficient Smith’s operation is, doubly so because he’s been able to get away with it for so many years despite being such a thoroughly mediocre person. Aside from multiple incidents of domestic violence, there is nothing technically illegal about what Smith does by draining joint bank accounts, or using a woman’s personal information — with her permission — to take out a business credit card and buy her a seafood restaurant (unethical and shady, yes, but not necessarily illegal). Smith’s real moral crime is tricking these women into falling madly in love with him — often leaving their husbands — when he has absolutely no intention of honoring his commitments.

In any respect, Love Fraud — from documentarians Rachel Grady and Heidi Ewing (Jesus Camp) — is less about Richard Scott Smith, and more about the efforts of a group of women he has conned in getting their revenge. These women — most of whom appear to live in the Tennessee, Arkansas, Kansas area — manage to find one another and start a blog detailing their experiences with Smith, and then attempt to warn future Smith victims before they are swindled and left heartbroken.

In furtherance of this effort, the women hire a bounty hunter named Carla to track him down. Carla is the scene-stealer of Love Fraud, a woman who loves her job because her job often entails getting the best of stupid men. She’s a goddamn hoot, and a four-hour documentary about Carla alone would be worth your time.

The journey that Grady and Ewing find themselves taking in pursuit of Smith is unpredictable and confounding. He’s had 58 addresses in his life, dozens of telephone numbers, and numerous aliases, and the path that the documentarians follow puts them in the most unusual of circumstances with a trail of heartbroken souls. Oh, these poor women. The documentary never gets into why they are so easily manipulated, but it is so clear that they are willing to believe anything from someone who willing to show them even the barest amount of attention. I can only imagine that this how how cults are started, or demagogues are elected. There is absolutely nothing about this man that isn’t completely obvious from the moment you meet him, and yet … time and time again, he is able to cultivate these relationships and marriages in a matter of days. There’s only one woman out of all the women we meet in the documentary who actually manages to see through him, and he leaves her a restraining-order amount of text and voice messages.

I haven’t seen Tiger King, but I am guessing that Love Fraud will draw a lot of comparisons. It is clear that the subject material falls into the category of docutrash, but Grady and Ewing approach their subject with more thought and care. There are a number of amusing moments in Love Fraud, but the documentary never makes fun of its subjects, although God knows it would have been easy to do. There’s care put into how these people — even Richard Scott Smith — are depicted, and Grady and Ewing never give into the temptation to take cheap shots. Without spoiling anything, however, I will say that Love Fraud is ultimately an immensely satisfying documentary series, but it’s also addictively entertaining. It will air weekly, but for those who come upon it later, it will be impossible not to binge in a single sitting or two.