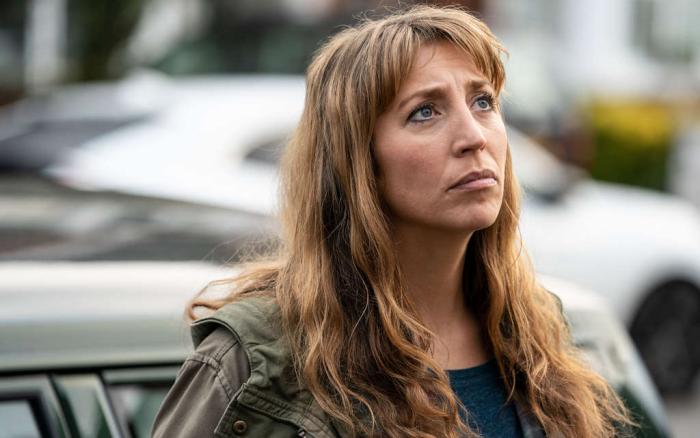 I don’t know how many folks out there watched Rectify. It’s one of my favorite series of the 2010s, and unlike most of the best series of the decade, it’s not one that really caught on outside of critical circles. Boy, that show was a marvel. Soulful and contemplative, a show that said so much in its silences.

Rectify was a series about a man released from prison after 20 years for the rape and death of a high school teenager after DNA evidence called his guilt into doubt. He was not, however, declared innocent, so this man had to return to his small town and to civilian life for the first time since he was a teenager under a cloud of suspicion. To him, the outside world was new and overwhelming, but also magical and wondrous, because it’s something he never thought he’d see again. The DNA test, however, did not exculpate the man — there was an open question about whether he’d be tried again — and the folks from his small town largely treated him like an outcast. His family, meanwhile, had to wrestle between the gratitude they felt for having him home again, and the hell his return wrought upon their lives.

I bring up Rectify here, because Daisy Haggard’s Back to Life traffics in virtually that exact premise. It’s about a woman, Miri Matteson (Haggard), returning to life after serving 19 years for the murder of her best friend at the age of 18. She reenters the world for the first time as an adult, and there are little things — like an ice cream cone — that occasionally make her feel normal again.

However, the small town of Hythe, Kent is not receptive to Miri’s return. Her parents’ house is vandalized; she gets packages full of feces; bricks are thrown through her window; she can’t land a job, except from one guy who offers Miri a position at a fish-and-chip restaurant, which essentially goes out of business over the decision.

Its premise notwithstanding, however, Back to Life is remarkably different than Rectify. It’s funny, for one, although the humor is dark. It’s a half-hour comedy — just six episodes — so it doesn’t have time to wallow in silences or newfound appreciations of the world. Mostly, for Miri, it’s just a struggle, a struggle with the townspeople, a struggle with her parents, a struggle to find a romantic partner, and a struggle to reconcile with her other best friend from her childhood.

There’s also still some mystery surrounding the murder of her best friend, and the series doles out little details over the course of six episodes, facilitated by a journalist snooping around and trying to get the real story. This storyline, however, feels more akin to satire, sending up bleak British murder mysteries. There’s also another subplot about Miri’s mother (the terrific Geraldine James) having an affair with Miri’s high school boyfriend, which results in Miri’s father (Richard Durden) getting chlamydia.

Mostly, it’s an alternatingly funny/somber but always emotionally affecting series with something of a Fleabag vibe (it is billed as coming from the producers of Fleabag) and a terrific performance from Haggard, who is also the writer and creator of Back to Life. It’s six episodes, a little more than two hours, and one of those bingeing gems perfect for the holidays when you want to invest in something good but don’t want to devote an entire month to it.

Back to Life airs Sunday nights on Showtime, but can be binged in its entirety on the Showtime App.

← The New Future of the DCEU: Michael B. Jordan as a Superman and R-Rated Movies out the Butt | Why I Love Lewis Capaldi, Despite Hating His Music →