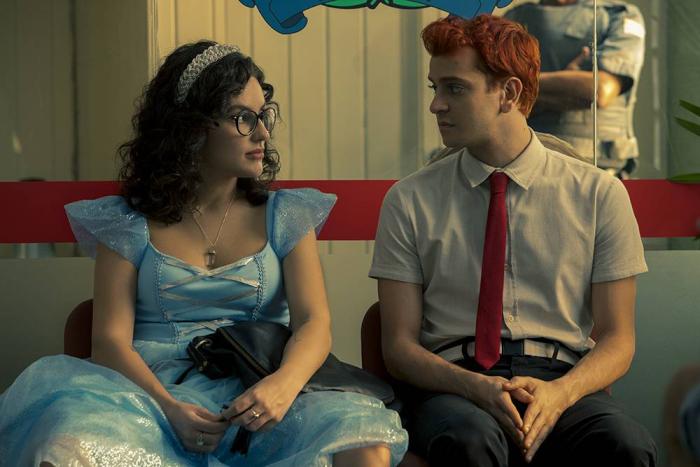 What To Watch Now That ‘The Good Place’ Is On Hiatus

Eleanor, Janet, and the gang are on break. So where might The Good Place fans go to get their fix of weirdness, religious whimsy, and ethical debate? Try Netflix’s Nobody’s Looking (A.K.A. Ninguém Tá Olhando), a Brazilian comedy that follows a band of misfits through a brave new world of right and wrong.

The series centers around Uli (Victor Lamoglia), a newly born Angelus who is learning the ropes of his vocation. Forget your concepts of angels as darling cherubs or strapping men with rippling muscles and mighty wings. Angelus are guardian angels crossed with the awkwardness, pettiness, and fashion sense of The Office’s onscreen staff. Each day, they are randomly assigned a new human to guard, and there are strict rules. Do not appear to humans. Do not intervene to protect humans who are not under your designated care. And never enter the chief’s office. If an Angelus breaks these rules, they will be punished, which means being forced to watch one movie for all eternity: City of Angels. You know, the one where Nicolas Cage is an angel who falls in love with human Meg Ryan? That one.

Turns out, that’s not so much a condemnation of City of Angels, as an insight into how Angelus view humans. In the movie, Cage becomes human to be with his mortal match, and to the winged guardians of this series that sounds like absolute hell. Well, all except for Uli. Wide-eyed and endlessly curious, he’s fascinated by the world of humans, whether he’s walking unseen through a basketball game, eavesdropping on a back-alley veterinarian/drug dealer, or crushing hard on an outspoken whirlwind of a woman. Naturally, he begins to question the wisdom of the rules, and breaks them one by one. To his surprise, there are no immediate repercussions, no fire and brimstone, no Cage and Ryan. And so, he and his closest co-workers—the reluctant Chun (Danilo de Moura) and jaded Greta (Júlia Rabello)—begin to wonder: Is nobody watching?

Adding whimsy to this religious premise is a daffy design. The offices are water-stained factories in sepia, soiled yellow, and hospital scrub green. The Angelus are uniformed to look like a rigidly conservative congregation, all wearing dark slacks, white short-sleeved button-down shirts, a bright red necktie, and sporting comically ginger hair. The Angelus come in every size, shape, age, and gender. But whatever the style or texture of their hair, it’s the same Archie Andrews orange. On their backs rest a tiny, ornamental pair of wings, so when they do appear to humans they are quite a sight to behold, just not an awe-inspiring one.

Over the course of 8 episodes, Uli and his friends tangle with the lives of several Brazilians, including the aforementioned whirlwind, her broken-hearted ex, a carefree cancer-patient, and a bi-curious married couple. As such, Nobody’s Looking tackles topics ranging from finding purpose to sex, trust, biphobia, and mortality. The Angelus test their boundaries and encourage the humans to do the same. There’ll be frank talk, nudity, and soap opera worthy monologues dealing in romance and regret. However, even in its darkest corners, a zippy tone and jaunty cast keep things on the lighter side. For instance, a suicidal mission gets a jolt thanks to some slapstick and a ludicrous pair of leopard-print pants.

Blending elements of afterlife mythos and philosophical debate with a zany and adult sense of humor, Nobody’s Looking feels like it fits into the quirky but satisfying section of shows that include Dead Like Me, Crazy Head, and The Good Place. If you’re in the mood for something silly yet thought-provoking, strange yet heartfelt, check out it out.

Nobody’s Looking is now on Netflix. 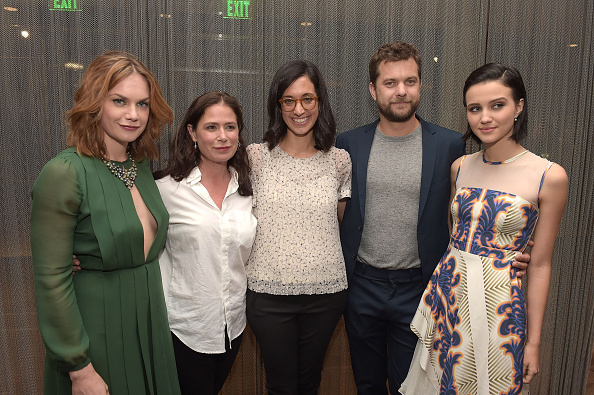 Now We Know Why Ruth Wilson Left 'The Affair'

Should You Watch 'A Christmas Prince: The Royal Baby' Hungover?