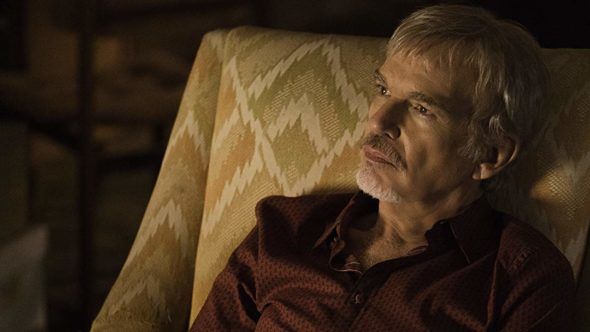 I don’t know who needs to hear this, but the third season of Amazon’s Goliath is not good. The series, created by David E. Kelley (The Practice, Ally McBeal, Big Little Lies) was a reliable, Grisham-like meat-and-potatoes legal thriller starring a washed-up alcoholic lawyer Billy McBride (Billy Bob Thornton) in its first season. That was a good show. The Amazon series, however, has since parted ways with creator David E. Kelley (reportedly over, ahem, creative differences with Thornton) and its second showrunner, Clyde Phillips (Dexter), who was booted midway through season two in favor of Lawrence Trilling, a longtime director on the series. The show, however, is a pale shadow of what it once was when it was being written by Kelley and Jonathan Shapiro.

Season three is a mess. It’s eight episodes of nonsense that wastes the talents of Amy Brenneman, Dennis Quaid, and Beau Bridges, in addition to series regulars Nina Arianda and even Thornton. Set in the Central Valley, the third season is about water rights. Specifically, Griffin Dunne plays a farmer named Gene who brings suit against Wade and Diana Blackwood (Quaid and Brenneman) after his wife, Bobbi (Sherilyn Fenn) falls into a sinkhole created when the Blackwoods extract all the area’s groundwater to support their almond farm. Diana Blackwood operates an almond-based lifestyle brand, and there’s also a Native American played by Graham Greene and a hallucinogenic that is also heavily involved in the storyline, because Native Americans = hallucinogenics, so go the stereotypes.

That hallucinogenic ends up becoming a frequent presence — early episodes play around with time and gaps in time attributed to the drugs, and most of the episodes also involve often hallucinogenic dream sequences in which characters die violent deaths. The hallucinations, the presence of Sherilyn Fenn and a casino barfly played by Ileana Douglas give the whole season the feel of a knock-off Twin Peaks, which might be fine if it were competently done, if Goliath were not originally a more straight legal thriller, and if season three wasn’t such a nonsensical mess. It involves water rights, the water commission, federal and state jurisdictional issues, and a class-action lawsuit, and I get that Lawrence Trilling was going for something akin to Chinatown meets A Civil Action meets Twin Peaks. Unfortunately, the combination of a showrunner playing well outside his comfort zone in addition to writers who have little understanding of the law all leads to what can only be described as a disastrous third season.

For viewers who watch the opening episodes but can’t force themselves to struggle to the finale, here’s a brief rundown of the ending: After Billy discovers that an underground tunnel pulls from a federal reservoir, he finds a witness that implicates Wade in the dealings of his sister, Diane (the siblings live alone together in a palatial mansion and have a very creepy relationship). Wade ultimately buckles and settles the class action suit with a check with many zeroes on it before killing himself. Meanwhile, Billy’s daughter, Denise, ties the water scandal to the mayor, Marisol Silva, the villain of season two (and Billy’s old lover), so she (and Billy) get some satisfying revenge. After losing the case, Diane corners Billy with a shotgun and shoots him, leaving him conscious, dying, and staring into his own reflection in a mud puddle (it’s a metaphor!). Stephanie, the daughter of Graham Greene’s Littlecrow, gets revenge upon Diane for the murder of her father by cutting her off on the freeway with her motorcycle, causing her to crash to her death. Elsewhere, Brittany is not allowed into the California bar, so she decides to move to Chicago, and — before he is shot — Billy learns that Patty is pregnant. Patty also meets her biological mother, weirdly played by Monica Potter, who is only 13 years older than the actress who plays Patty, Nina Arianda.

As for whether there will be a fourth season? Amazon has not made an announcement as of this writing, although Billy Bob Thornton says that the streaming service will make a renewal decision this month, that he feels (inexplicably) confident it will be renewed, and that they’ve already got an idea for the fourth season. Needless to say, if there is a fourth season, Billy Bob Thornton will be involved, meaning his character obviously will not die of the shotgun blast in the season three finale.

← Stream It or Nah? Hulu's 'Wounds' With Armie Hammer And Zazie Beetz | Review: Every Single Person In 'Maleficent: Mistress Of Evil' Deserved Better →