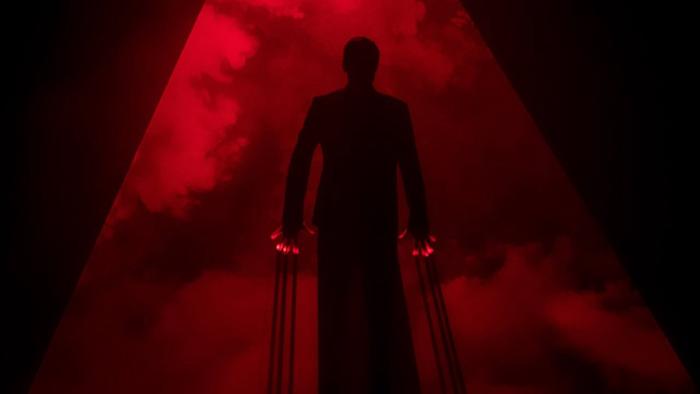 Review: Episode Three of ‘Dracula’ Sees the Desecration of Lucy Westenra and One Majorly Disappointing Ending

This article contains spoilers for Episode Three of Dracula.

The third and final episode of Dracula is here. We’ve been through a lot over these past few nights, seeing in 2020 with two of my most beloved hobbies: Vampires and getting annoyed at Steven Moffat. The previous episode left me irritated as it was, with Dracula waking up in the modern-day, so I was already comfortable in the knowledge that the next 95 minutes would disappoint me. Still, as with all things Moffat, just because you expect to be let down, that doesn’t make it sting any less when he really digs the knife in.

This may just be an issue of personal taste but I have very little patience for the ‘ancient being wakes up in modern times and discovers newfound contraptions’ trope, especially when it pertains to supernatural creatures. It’s not necessarily a bad idea but it is one that most writers use cheaply for the obvious jokes. Dracula is sadly not immune to this, although our Count is at least giddily interested in the most mundane aspects of 21st-century humanity in a way that Bang Bang Baby makes work (nope, not dropping these Claes Bang puns any time soon.) There’s something creatively lazy about seeing Dracula take selfies and use Tinder and train on an exercise bike while wearing a sweaty black t-shirt.

This may be a new age but some faces remain very familiar. Dolly Wells returns as one of Agatha Van Helsing’s great great nieces. A Talamasca-style institute run under the name of Jonathan Harker is now keeping Dracula imprisoned and using broke student volunteers to keep him well-fed. Co-showrunner Mark Gatiss makes a genuinely funny appearance as Renfield, Dracula’s lawyer.

And then there’s Lucy Westenra. In the novel, Lucy is arguably the most tragic character. She’s a true innocent with an enormous capacity for love. When pursued by her three very different suitors, she doesn’t lead anyone on or manipulate them. Truly, she loves them all equally and at one point wishes she could marry all three of them so that nobody gets hurt. The vast majority of Dracula adaptations don’t go that route, preferring to depict Lucy as, to put it bluntly, a ‘slut’. Think of Sadie Frost in Bram Stoker’s Dracula having to vamp it up and being shown as a salacious creature whose unquenchable lust and manipulations are equivalent to Dracula preying on his victims, making her essentially fair game for the vampire. So, given Moffat’s history with female characters, you can imagine how terrified I was for his take on Lucy. Moffat and Gatiss try to put a hat on the trope by having Lucy call out slut-shaming but that doesn’t negate how they frame her in every scene as the very thing she decries and how being promiscuous with various casual flings, including her friend Jack Seward, is meant to be bad. She’s the character most explicitly framed as sexual, even more so than Dracula himself, and the decision to have Lucy be a young woman of color who strings along multiple men and throws herself at a vampire is… well, let’s say it’s a tad misguided.

Lucy’s (un)death is given an especially ghoulish twist in showing how the mind poisoned by vampirism remains alive long after the body has died, something that proves particularly horrifying when your family has paid for a cremation over the traditional burial. It’s a scary moment but one that leads to maybe the cruelest fate I’ve seen befall an interpretation of Lucy in a very long time, and that’s saying something given that the character basically dies in the book because she becomes too sensual. Here, she rises from her charred grave, still seeing her gorgeous alive self in her reflection while the rest of the world sees a burnt corpse. Her sin was vanity and her gall to enjoy her beauty is punished in a manner that made even me groan in disgust. Even by Moffat’s standard of treating his female characters like wax dolls melting in the sun, this felt like a new low.

But what about the ending? How will Moffat and Gatiss pay off all those big twists they were saving up? In the last episode, Dracula gave a truly fascinating explanation for why he was afraid of crosses, reasoning that, after centuries of feeding on zealous villagers who blindly obey the doctrine of a fanatical church, he had absorbed their beliefs and become allergic to them. This is immediately dismissed by Van Helsing as a deflection from the truth. Moffat loves to do this: Build up big payoffs that he can never fulfill, leaving his own ideas to be depressingly unsatisfying. With Dracula, he reached a new low of storytelling clout.

Dracula isn’t really allergic to sunlight. Crosses aren’t going to hurt him and he needs no invitation to enter another’s abode. These are merely myths he has crafted for himself over the years that, after centuries of self-delusion, have become reality. Dracula is nothing but a coward, so ashamed of his fear of dying that he has constructed a fetishistic allure to his own vampirism. Being confronted with this knowledge by Van Helsing leaves him ashamed and so he commits suicide, drinking from the dying woman’s blood in a moment that, of course, is shot as a sexual fever-dream. It’s a bad ending for many reasons — the lack of establishing build-up, the rushed nature of the entire third episode, the U-turn of Dracula’s character — but it’s especially awful because of how the narrative treats this moment as dazzlingly original when anyone who has read any vampire fiction at all will know where this all comes from. Anne Rice is on line one.

Still, hopefully, this ending will deny us the threat of a second season or a crossover with Sherlock. Count Dracula and Bram Stoker deserved far better than this waste of potential that possessed so little ambition that one can’t help but wonder why it was made in the first place other than to bank on a familiar IP that’s in the public domain. Moffat is like Ryan Murphy in that he often seems to get bored with his own ideas and lacks the drive to continue them through to the conclusions he’s promised, and that was on full display here with new levels of thematic and structural ineptitude. The worst part? Everything was so predictably Moffat, so really, I have nobody to blame but myself for thinking otherwise.

Please enjoy another image of Claes Bang Into The Room (I know you want it), a man who was too good for this show.

← To No One's Surprise, 'Killing Eve' Has Been Renewed for Season 4 | Review: John Cho And Andrea Riseborough Almost Redeem 'The Grudge' →